City of Dover recognized for its financial reporting 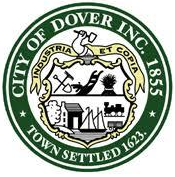 DOVER - As it has since 2004, the Government Finance Officers Association of the United States and Canada awarded the City of Dover's Finance Department a Certificate of Achievement for Excellence in Financial Reporting for the City's Comprehensive Annual Financial Report. This award is for the City's CAFR for fiscal year that ended June 30, 2019.

Dover's CAFR was judged by an impartial panel to meet the association's high standards, which includes demonstrating a constructive "spirit of full disclosure" to clearly communicate its financial story and motivate potential users and user groups to read the CAFR.

The association's Certificate of Achievement is the highest form of recognition in governmental accounting and financial reporting, and its attainment represents a significant accomplishment by a government and its management. Dover was one of the first municipalities in New Hampshire to be recognized with this achievement and is one of only a few in the state to receive the award each year consistently.

Producing a CAFR goes above and beyond the required submittal of annual financial statements to the Dept. of Revenue and Administration. Finance Director Daniel Lynch said the CAFR allows the layperson to comprehend the City of Dover's overall financial picture.

"You don't need an accounting degree to discern the City's financial position," Lynch said. "The Comprehensive Annual Financial Report provides a narrative to allow anyone to understand the City of Dover's current financial picture and its financial outlook."

The CAFR takes about sixth months to create. The Finance Department is currently working on the CAFR for FY2020, which is due to the GOFA by Dec. 31, 2020.

The City of Dover has committed to financial transparency, and the CAFR is but one of many financial items published on the City's website. The CAFR is posted to the Financial Information page that also consists of monthly financial statements and purchases. The Budget Revealed page publishes the annual budget and the process of producing that document, as well as, the "Visual Budget," which allows users to visually understand the budget.