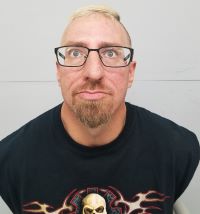 SANFORD, Maine - A Sanford man who is a former Direct Support Professional (DSP) was arrested Thursday on a single charge of gross sexual assault.

Mark Paster, 45, was taken into custody without incident around 3 p.m. while parked at the Taco Bell in Sanford.

The arrest warrant was out of the York County Superior Court. Paster's arrest culminated a months-long investigation into Paster's conduct surrounding an encounter in July.

Gross Sexual Assault is a Class C felony offense punishable by up to five years in state prison.

Paster was booked at the Sanford Police Department and released on personal recognizance.

The Sanford Police Department does not set bail on arrestees; bail is set by the court and/or bail commissioners.