Milton man faces up to 15 years on fentanyl possession charge 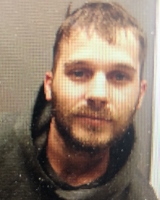 DOVER - A Milton man is facing up to 15 years in state prison after being charged for a second time with drug possession.

Zachary Stewart, 28, with a last known address of 92 Pineland Park, was arrested in Lee on Oct. 13. He was subsequently charged with possession of a controlled drug, a Class A felony that carries a seven and a half to 15 years prison stint and up to a $50,000 fine.

Steward drew the enhanced felony due to a prior conviction on a similar charge.

The Strafford County indictments were handed down earlier this month and released last week.