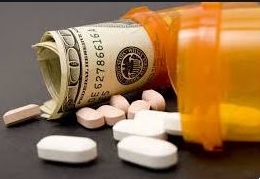 The drugs at issue account for billions of dollars of sales in the United States. (Courtesy photo)

CONCORD - New Hampshire's Attorney General's Office announced on Wednesday that it had joined a lawsuit alleging generic drug manufacturers, including Teva Pharmaceuticals and other national companies, were involved in a broad conspiracy to artificially inflate and manipulate prices, reduce competition and unreasonably restrain trade for more than 100 different generic drugs.

The drugs at issue account for billions of dollars of sales in the United States.

In addition, the complaint alleges the companies named were responsible for the sales, marketing, pricing and alleged schemes that led to increased prices affecting the health insurance market, taxpayer-funded healthcare programs like Medicare and Medicaid, and individuals who must pay artificially-inflated prices for their prescriptions drugs.

The lawsuit seeks damages and injunctive relief by the court to restore competition to the generic drug market.

New Hampshire joined the amended complaint at the end of last month.