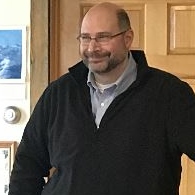 Katie Ambrose has accepted the position of Deputy City Manager and will begin in that role on July 1, while Michael Scala will assume his new role as the city's Economic Development Director on June 1.

"Katie and Michael will fill two vital roles for our city, and both bring with them the diverse backgrounds, skill sets, experiences and ideas that Rochester needs to continue its growth," City Manager Blaine Cox said. "I have no doubt that they will make an immediate impact on our city, and that our residents and businesses will benefit tremendously from their leadership and contributions."

Ambrose, who currently serves as the town administrator in Sanbornton, comes to Rochester following a six-year career in municipal government. As town administrator, Ambrose has overseen Sanbornton's budgeting process, supervised its procurement and policy implementation processes and has played a hands-on role in the development of fellow staff members.

Prior to joining Sanbornton, she worked as a project coordinator for the town of Hooksett, where she conducted research and implemented special projects, including open data initiatives and an analysis of the town's economic development efforts. Ambrose also administered and coordinated grant programs, as well as the preservation of Old Town Hall and the implementation of a Neighborhood Heritage District grant and tax increment financing. She also played a key role in supporting Hooksett's information technology infrastructure.

Scala joins Rochester following nearly four years as the executive director of the Coös Economic Development Corporation. There, he oversaw day-to-day operations for the organization and helped it expand upon its work fostering job creation and retention as well as supporting small businesses through the use of commercial loans, technical assistance and grants.

Since 2015, Scala has earned several grants and loans from a diverse group of organizations in order to help fund economic development in northern New Hampshire. He also developed the proposed $8 million commercial, residential and workforce-oriented revitalization in downtown Whitefield.

His background includes experience in the restaurant, manufacturing and hospitality industries, and Scala also served as a special assistant to former U.S. Sen. Kelly Ayotte prior to joining the CEDC.

He holds both a bachelor's and master's degree from the University of New Hampshire. Scala will fill the post that had been occupied for the last 15 years by Karen Pollard.