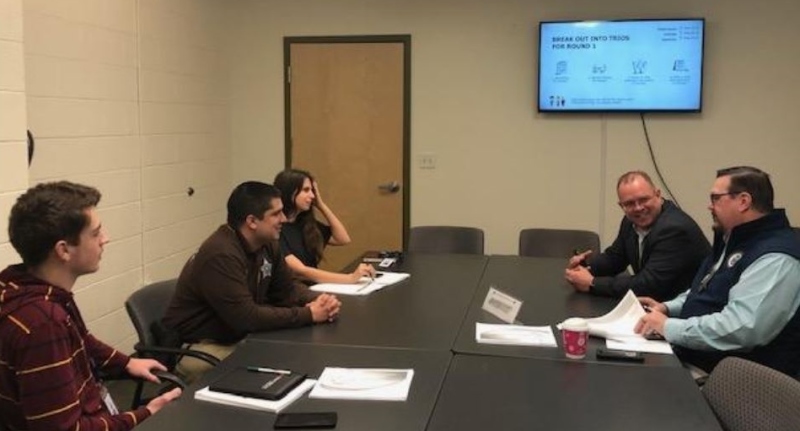 Deputy Matthew Zabkar was hired as a full-time deputy after having worked at the Sheriff's Office on an on-call basis for over two years. He was a full time officer with the Somersworth Police Department for over three years.

Jacob Pearl was hired as a dispatcher and comes from a family in law enforcement and is excited for this new opportunity. He is also currently in college studying cyber security.

Katelynn Thompson was also hired as a dispatcher. She is from a military family and his lived in several states throughout the country. After landing in New Hampshire, her goal was to work in emergency services and be able to help people.

All three new hires and Chaplain Ed Cilley spent the last two days in wellness and resilience training with Sheriff David Dubois to help them stay focused and centered during their stressful jobs. The Strafford County Sheriff's Office is focused on the well-being and health of our staff and work to create and promote programs that allow our personnel to stay mentally, physically and spiritually healthy.

"We welcome them to the agency and look forward to the value they will add and the good services they will provide to the people of Strafford County," said SCSO Capt. Tracy Hayes.