State revenues on rebound despite pandemic 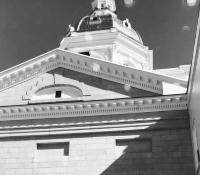 Released Tuesday by Administrative Services, state revenues for the month are $20 million more than anticipated, almost the same as business taxes were over the budget plan.

The Department of Revenue Administration said the increase in revenue is primarily due to an increase in estimated payments and extension payments from multinational corporations and a decrease in refund requests.

The extra money was offset somewhat by the rooms and meals tax returns for the month, which actually reflect August collections.

Revenue administration officials said receipts were down 12.8 percent for meals from a year ago, and 20.5 percent for hotels.

Liquor and lottery sales were above estimates as well, liquor by $2 million and lottery by $2.1 million.

The real estate transfer tax was below estimates by $2.8 million for September at $13.7 million, and below last year by $2.3 million. DRA officials said the shortfall was due to transferring $5 million to the affordable housing fund, while sales were up 16 percent and values up 18.4 percent for September.

Also the communications and beer taxes were slightly below estimates for the month.

Auditors doing the state's financial books for the 2020 fiscal year, made an adjustment allocating $30 million of revenue collected in the 2021 fiscal year to the last fiscal year.

The change will reduce last year's deficit which had a $144 million revenue shortfall. The shortfall will now be $114 million.

For the current fiscal year, state revenues have produced $504.2 million with the $30 million adjustment.

For the year to date, revenues are $52.8 million more than a year ago.

The Highway Fund, composed mostly of the gas tax and auto registrations, rebounded in September, producing $4.5 million more than estimates at $31.5 million but is slightly below estimates for the first three months of the year at $61.7 million.

Garry Rayno writes for the NH news nonprofit INdepthNH.org. He may be reached at garry.rayno@yahoo.com.