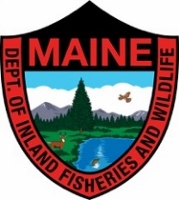 ORLAND, Maine - A Sanford man was killed on Sunday when the boat he was traveling in was struck by a jet ski.

Ryan Conary, 26, of Sanford, was part of a family and friends gathering at Toddy Pond in Orland and was on the stern, or rear, of a 23-foot waterskiing boat around 1 p.m. when the boat was struck from behind by a jet ski operated by a 17-year-old female who was also part of their group.

The two vessels were traveling through a headway speed portion of Toddy Pond, the ski boat ahead of the jet ski, when the 2020 Seadoo GTX 230 jet ski abruptly accelerated and crashed into the stern of the 23 foot 2005 yamaha AR 230 ski boat.

Conary was on the back of the boat with several others, dangling their feet in the water as the boat traveled through the headway speed area when they were struck by the jet ski. Headway speed is defined as the minimum speed necessary to maintain steerage and control of the watercraft while the watercraft is moving.

Conary was struck by the jet ski and thrown into the water along with several others by the collision. Conary was not wearing a lifejacket. A 13-year old boy who was wearing a lifejacket was also injured by the jet ski and was transported to Eastern Maine Medical and then later to Maine Medical with leg, head and possible internal injuries. Conary's body Conary was recovered from the water at approximately 2:30 p.m. and then transported to the Mitchell and Tweedie funeral home in Bucksport.

There were 13 people aboard the 23 foot watersking boat, and a driver and passenger on the jetski. The crash remains under investigation by the Maine Warden Service, and no more information is available at this time.