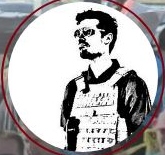 ROCHESTER - Oct. 19 will mark the running of the 5th Annual Foley Freedom Run honoring the legacy of Jim Foley, a conflict journalist killed by ISIS in 2014.

The Foley Freedom Run consists of a traditional 5K Run/Walk held in both Rochester on Oct. 19 and in Washington on Oct. 20 as well as a "Virtual" Run/Walk, held all over the world.

The James W. Foley Freedom Run is an annual fund-raiser for the late war correspondent's foundation, which advocates for journalists' safety all over the world and the safe return of hostages in hostile countries.

It advocates for Americans taken hostage abroad, freedom of the press, protection and equity for independent conflict journalists and the basic human rights of all people.

Jim Foley grew up in New Hampshire and his parents reside in Rochester. They have been tireless advocates for the protections of journalists in wartorn countries and hostages held against their will in foreign lands.

The foundation's financial goal this year is $100,000, of which they have already raised 12,000, according to an the event website.