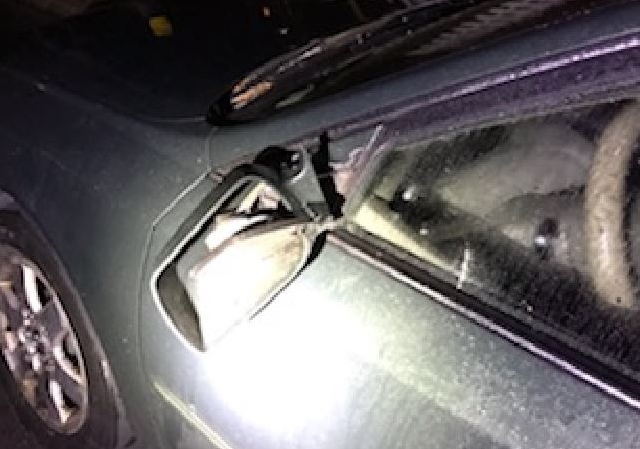 The seven vehicles all had their driver's side mirrors kicked and broken, police say. (Rochester Police photo)

Officers responded around 12:10 a.m. after a call to dispatch said two subjects were riding their bikes on Charles Street and kicking cars as they went by. The caller said the sound of breaking glass accompanied the vandalism.

Rochester Police Capt. Todd Pinkham said in all seven cars were damaged, all with their driver's side mirrors broken. He said all the cars were parked on the south side of the street.

Pinkham said there was little police had to go on except the subjects were described as white males in their mid- to late 20s, with one of the subjects wearing a beanie hat.

"They were kicking the side mirrors of vehicles as they rode down the street," Pinkham said on Monday.