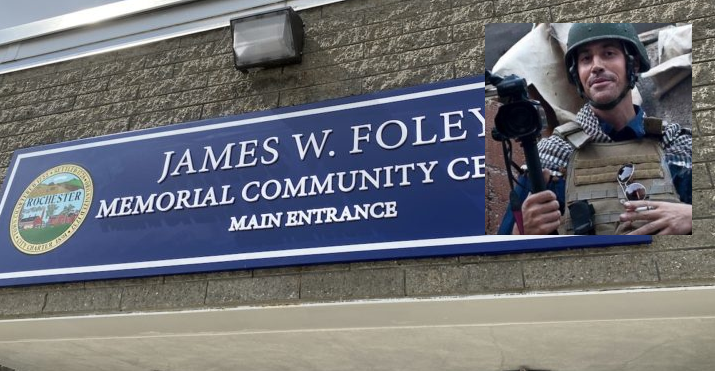 James Foley, inset, was slain by ISIS in 2014. The Freedom Run honors his legacy. (Courtesy photos)

ROCHESTER - The 7th annual Freedom Run honoring the legacy of slain journalist James W. Foley will be held on Oct. 23 in Rochester starting from the Rochester community center that bears his name.

The run honors the memory of Jim Foley, who was kidnapped in 2012 while on assignment in Syria and publicly beheaded by ISIS in 2014.

The run raises money for the work of the foundation, which advocates for the freedom of all Americans held hostage worldwide.

The Freedom Run comprises a traditional 5K Run/Walk held in Rochester from the James W. Foley Memorial Community Center on Wakefield Street and a "Virtual" Run/Walk, held around the world. Its goal is to raise $100,000 this year.

Foley grew up in the Lakes Region and his family resides in Rochester.

To take part in the run, participants should visit www.foleyrun.org where they can register for the event as an individual or a team leader.

Contributions to the run can also be made at www.foleyrun.org.