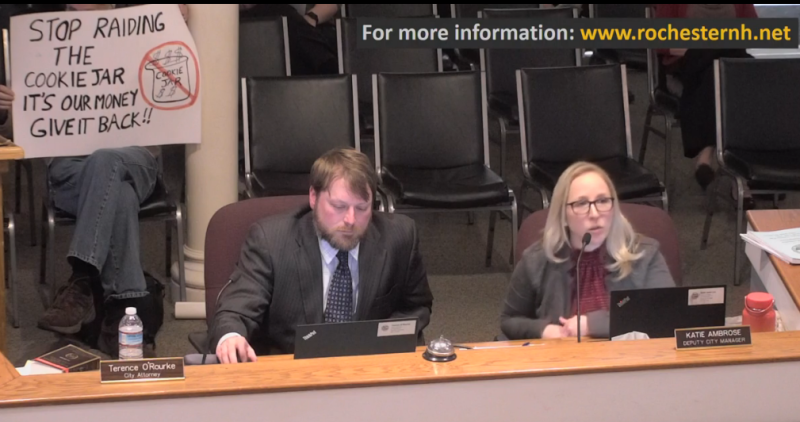 ROCHESTER - For the first time in recent memory Rochester on Tuesday used its unassigned fund balance to establish three $500,000 reserve accounts, but it wasn't without strong pushback by two City Councilors who argued against the measure.
City Councilors Jim Gray and Steven Beaudoin both urged against creating the reserve accounts, which would earmark funds for Rochester Fire apparatus, DPW equipment and construction and rehabilitation of government buildings.
"I would rather have this done during the budget, not in separate resolutions," Gray said. "I have no problem replenishing equipment through the budget process, but to put $1.5 million in without knowing what the expenditures would be, I don't see the point. I want the discussion to happen at the budget meeting."
Beaudoin also said he was hesitant to approve the reserve accounts, and pointed out that the Fire Department already has plans to replace its forestry truck for $225,000 next year.
"Now it is an old truck, but it's only got 27,800 miles, and it's garaged and it barely gets used," Beaudoin said. "Do we really need to spend $225,000 in 2023."
"I think you're missing the point," Deputy Mayor Pete Lachapelle said moments later. "The budget process, that's when we dive into these."
During a 33-minute powerpoint earlier in the meeting Deputy City Manager Kate Ambrose, Deputy Finance Director Mark Sullivan, City Manager Blaine Cox and Mayor Paul Callaghan all spoke in favor of establishing the accounts, pointing out that City Council would still hold sway over what the reserve accounts are used for.
Ambrose pointed out and Callaghan emphasized that the city would earn more interest by putting the money with the Trustees of the Trust Fund than in a liquid city account such as the unassigned fund balance.
In the end - on roll call votes - all three funds were established on an 8-3 vote.

Not voting were councilors Chris Rice, who was excused; and Ashley Desrochers, who exited the meeting around the 1:55 mark prior to the reserve account votes.
State reps Cliff Newton and Tom Kaczynski, who argued against the reserve accounts at the April 19 meeting, sat in the front row holding signs protesting the establishment of the accounts and urging they be given back to the people in the form of property tax reductions.