A battle over home sprinkler systems comes to a head 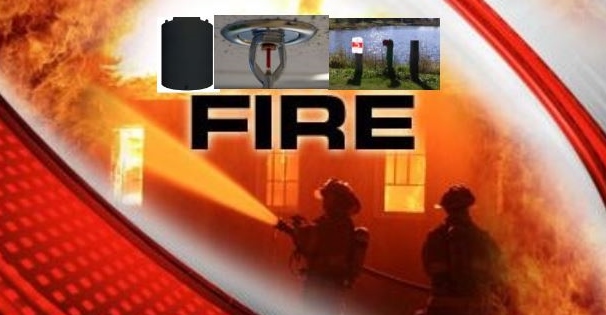 Inset, from left, a cistern, sprinkler system or dry hydrant are among the remedies to allow for construction of a new one- or two-family house outside the city's water district. (Courtesy images)

ROCHESTER - The Rochester Fire Department's mandate that new one- and two-family homes outside the fire hydrant district provide an outside water source is nothing more than an attempt to sidestep a state law that prohibits mandatory sprinkler systems and could frustrate efforts to create affordable housing, a local builder says.

Fenton Groen, of Groen Construction of Rochester, said a sprinkler system can add between $6,000-$10,000 for a typical 2,000 square foot single family home.

But it's important to note that Rochester Fire is not specifically mandating sprinklers, Rochester Fire Chief Mark Klose said last week. They are mandating an outside water source on new one- and two-family homes that are part of a subdivision.

Those outside water sources could come from a variety of options, Klose said, including bringing the city water supply to the subdivision, building a cistern, installing a sprinkler system or constructing a pond with a dry hydrant, from which fire hoses could pump water to fight a fire.

Groen and Rochester City Councilor Bob Gates both see the move as an end-around to force sprinklers systems, since the other options are much more costly and make little sense for many subdivisions, which could comprise just one residence.

"Rochester tried to do this 10 years ago, but the City Council voted it down," Gates said recently. "Then the (state) Legislature passed a law sprinklers couldn't be mandated."

In fact, New Hampshire is among 29 states prohibiting statewide or local ordinances requiring sprinklers in new one- and two-family homes.

But Groen said when builders are looking at a $30,000-$75,000 cistern, the city is virtually making sprinklers mandatory due to the prohibitive cost of a cistern.

Groen, who's built at least 30 homes in the area over the past 18 years, said the new policy from Rochester Fire began out of the blue earlier this year.

Gates said he's most in opposition to the move because of the economic impact it has on young families looking to buy their first home.

"I think it's adding a lot of money to the price of homes, and I don't believe the value is there," Gates said. "Rochester has lot of houses outside the water (hydrant) district already built, and they'll have to have the (fire) equipment to fight those for a long time, so to add $7-$10,000 (for a sprinkler) doesn't make sense while the fire equipment is already there to fight those fires."

Gates also pointed out that grandfathered houses for which sprinklers aren't required will be around for a long time, and added that it frustrates the city's efforts to produce workforce housing.

"There's been talk for years about affordable housing, but added regulation continually drives up the cost of those homes," he said. "New homes meet more exacting standards, and the risk is much smaller. The new homes are all required to have interconnected smoke detectors, which reduces life safety risk. The fire risk is actually higher in the older homes, and the city has to have the ability and equipment to fight fires in the older homes, too."

In the past three years there have been no fires outside the fire hydrant district, according to Rochester Fire.

The Rochester Voice called several surrounding cities and found that Somersworth and Portsmouth have no need of such a requirement as virtually all their residents are served by sprinklers.

Meanwhile, Sanford, Maine, requires either a cistern or a sprinkler system in all nonfire hydrant areas of the city.

Maine has no statewide requirement for or against sprinklers, but does allow local jurisdictions to adopt them. The town of Gorham, Maine, recently enacted its own mandatory sprinkler system ordinance, which requires them in all new one- and two-family homes.

Klose, while conceding the cost of a sprinkler system could cost homeowners a few thousand dollars, claimed opponents of his initiative are focusing on the sprinkler option to try to make it sound like he's doing an end-around.

He added that the outside water source requirement has been on the books for some time, and while it may not have been enforced by the previous administration, that's got nothing to do with him.

"I will not explain what previous administrations have done, but this has been on the books for years," said Klose. who added that homeowners will save on insurance rates with a sprinkler or cistern.

Klose also cautioned that fires today, while not as prevalent as in the past, are more dangerous, due to the plastics and toxicity used in their building.

"Houses are burning so fast, so hot, there's more toxicity," he said. "For instance some floor joists, because they're prefab and not conventional lumber, but made with glue and particle board, the glue gives off gases and they are failing faster."

He said a month and a half ago he's read about a large house fire in which firefighters fell through the second floor, which hadn't seemed to be compromised but had due to failing floor joists.

"I'm also concerned about firefighter safety while fighting the fire," he explained.

And while there have been few fires outside Rochester's fire hydrant district, Klose is unabashedly determined to press his administration's life safety policy despite any outcry over workforce or middle-income housing costs.

"One person dying in a fire is too much," he said. "Our goal is to save lives, and if I can save somebody's life than I've done my job," he said.