A beautiful city brought to its knees by hatred 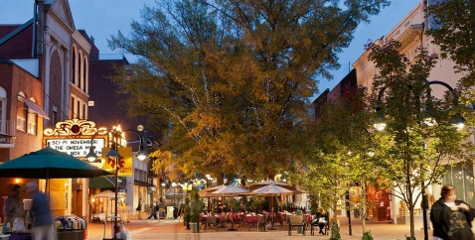 Charlottesville, Va., is one of the most beautiful places in the world.

From the red clay of Albermarle County to the thriving downtown walking mall in the heart of the city, there is so much to do.

Far from the hatred, bigotry and chaos of Saturday are the people of Charlottesville and Albemarle County, who never hesitate to stop and say "Hi" or "How you doing" any chance they get.

I spent several years down in Charlottesville teaching high school English and beginning a newspaper career in nearby Orange County.

Albemarle County is home to Monticello, where Thomas Jefferson lived for many years. Orange County was the longtime home of James Madison at his Montpelier estate.

Jefferson designed the University of Virginia which is based in Charlottesville.

So you can see there is a lot of wonderful history here.

Now that history has a black eye after a woman was killed during a bloody and violent confrontation between alt-right protesters and those protesting against them.

Such ugliness in such a beautiful city.

I sit here profoundly sad today remembering all of the wonderful experiences I had in this area of Virginia, enjoying a Sunday drive on the Blue Ridge Parkway, doing sports reporting on the Cavaliers football and basketball teams, working as wire editor at the Daily Progress newspaper of Charlottesville.

I looked up the Daily Progress' website today to see the most horrific picture. A photographer had captured the image of impact when a car rammed into a crowd of people. In the picture you can see a young black man and a young white man airborne as the car plows through the crowd.

As a photo editor, it must have been a tough photo to OK, given its brutally graphic nature.

But it often only through these pictures that someone will say enough is enough. We need more dialogue, less divisiveness; more sympathy, less apathy and more conciliation, less retaliation.

A young black man and a young white man flying through the air.

I pray they are OK.

I pray that we will be OK.

Look at the picture at http://www.dailyprogress.com/, and see what we hath wrought.

Carnage and death over a march, some signs, slogans, epithets, taunts.