A downtown parking dilemma is on our doorstep

I wish to bring to the attention of the citizens of Rochester and the merchants in downtown Rochester and especially those present and potentially future merchants on Hanson Street that the city government through the assistance of the city Economic Development Director Mr. Scala and the city manager, Mr. Cox is going to sell for real estate development two public parking areas adjacent to Hanson Street and Museum Way. Both areas are adjacent to or in close proximity to the Rochester Opera House.
There is the ongoing debate that Rochester lacks good downtown parking in close proximity to the merchants. I was informed by Mr. Scala that there are 2000 parking spaces in downtown Rochester of which only 300 are used on a regular basis. These parking spaces extend from Columbus Avenue going north up both sides of Main St. N., Main Street and Whitefield Street. He saw that there was no problem that if you wanted to go to a concert at the opera house that you could walk the half a mile from the Cumberland Farms area to attend the concert. That's great if you are a 30-year-old. That it would not be inconvenient if you wanted to go to a restaurant on Hanson Street or North Main St. That too, would not be inconvenient to walk that distance.
My question to the city is why are we giving up 30 convenient downtown parking spaces to a developer that is adjacent to Hanson Street for the sake of unloading a building that could be put to other uses or removed to -in fact - create more downtown convenient parking spaces?

The restaurant on Hanson Street is already lacking for parking spaces. That's why we now have only one. (Numerous patrons have tried to slip into a private parking lot across the street and gotten ticketed.)
Furthermore, I was informed that during the Covid crisis the owner of the private parking lot at the corner of Main Street and Congress Street has given permission for the public to use that private parking during business hours. However, there is no agreement that this is for the long term. And could end any time when the owner decides to join the apartment building boom and build a replacement for the historical Feineman building that burned down years ago.
I was also informed by Mr. Scala that the city is going to form a "Parking Space committee" to look into the issue of parking spaces. (After the horse is out of the barn) The committee however will have no bearing on the city selling the property on Hanson Street because it comes after the fact and eliminates the city owned parking spaces in question.
On Hanson Street is located the Rochester Historical Society. For its large events they will no longer have the 30 parking spaces adjacent to the museum available to them. In the past when the RHS held monthly programs, car shows and yard sales on Hanson Street with the assistance of Rochester Main Street those parking lots were filled. (See the picture on their website and recall when the "Great American Race" of Antique cars came to Hanson St.)
Remember Hanson Street for those with a short term or no memory of the fact - Hanson St. was to be set aside as Rochester's historic downtown zone for street festivals. That's why you have all the fancy iron work and light poles on the street. I think we have forgotten this commitment. It is been two years since there has been normal Festival activity in Rochester because of the pandemic. Taking these parking spaces away will make it even more difficult to use the area for future festivals.
I am requesting that the City Council and city manager immediately put a stop to the sale of the property on Hanson Street until such time that the City Parking Committee can provide a detailed report on the impact of the loss of these parking places and the affected community can give its input.
Furthermore, Mr. Scala said that the parking behind the new apartments being installed on Main Street, to be reached from Congress St., is going to provide new public parking. However, at the same time with these new apartments going into the same location there has been no forethought put into the question of will those new tenants be allowed to use the public parking spaces on a 24-7 basis? If so, can those tenants park their two cars, boats, trailers etc. there on a 24-7 basis? This issue needs addressing too.
I think it's time that we get some public input from the Hanson Street merchants and offices on Hanson Street along with all the downtown restaurant owners and merchants. We are dealing with an issue that seems to have only short-term thinking behind it. Just because the city has a private developer which for him or her is a great deal (prime downtown real estate) there's no reason why the city can sell off another one of its public buildings without public input.
I know I am being long winded but let's not forget our history. Remember when the old firehouse next to city hall was good for nothing but wiser minds prevailed and saw a historical building repurposed. Why can't that happen on Hanson St.
We are not paying attention to what will be the long-term needs of downtown Rochester. Mark my words in 20 years- long after I'm dead- they'll be saying we have to put in a two- or three-story parking garage in downtown Rochester because there is no parking for the businesses. We are going wild to put in more apartments in the downtown. By my count there are six buildings being converted to apartments right now.
Lest we forget, Rochester is the third tier in population expansion along the Seacoast following Dover and Portsmouth. The problems of no parking that confronted Dover and Portsmouth following their massive downtown apartment building boom is now at our doorstep.

Members Opinions:
davenh55
[Delete]
I have mention to city officials to build a parking garage behind Hancock building. They could charge tenants and modest fee to the public for parking. 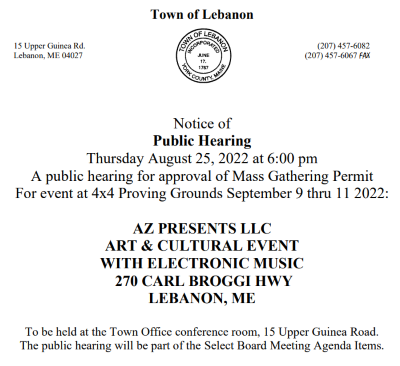