A legacy of care and nurturing begins anew at St. Charles School 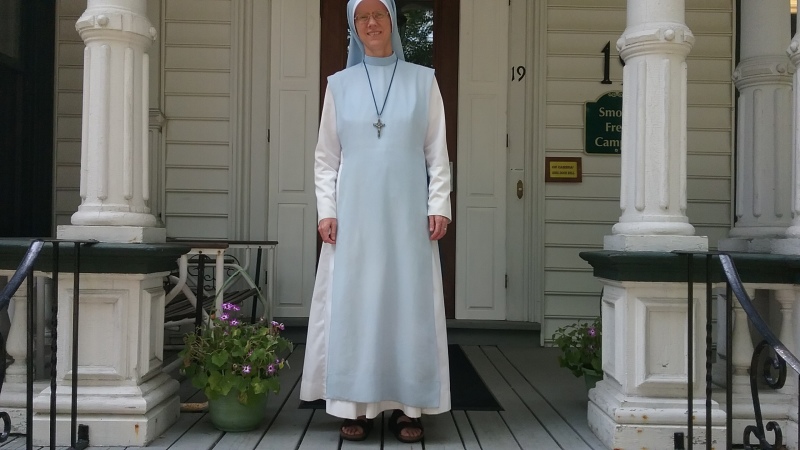 ROCHESTER - For more than 100 years the St. Charles Children's Home of Rochester provided safe haven for youngsters as a church-run orphanage.

In many ways, nothing has changed.

Earlier this month the former orphanage was renamed the St. Charles School after it was recognized as a state-licensed out-of-school placement option for kids with behavioral, social and emotional challenges.

Sister Mary Agnes Dombroski, the school's executive director, said on Monday that in many ways the mantra of the former orphanage lives on under a new name.

"What we are good at, what we have always been good at, is helping kids to feel safe and to really learn what their emotions are," said Sister Mary Agnes, a soft-spoken nun who grew up Newport and joined the convent when she was just 20.

She said she was sent to the former St. Charles orphanage in 1989 and first worked as a cook.

"I wasn't that good a cook," she laughed, "so they began having me work with the kids. I did that for 12 years."

By the turn of the century it became clear the DCYF, which handles all child placements, was pivoting away from group homes - or orphanages - to foster homes and more support for originating families.

After going back to school and getting her master's in business, Sister Mary Agnes eventually became executive director of the home, which was slowly transitioning to special needs teaching.

In 2012 the home became a service provider for out-of-school placement, and in 2014 the orphanage ceased all operation, paving the way toward the home's new direction.

As a state recognized licensed private provider for special education, she oversaw many physical changes that had to be made to the home to reach compliance.

Now they are licensed to have up to 24 special needs students in grades K-5 with a host of talented, certified teachers, staff and a special education administrator overseeing the curriculum.

But their specialty, Sister Mary Agnes said, is "helping kids with social, emotional and behavioral issues.

"That's our expertise, working with kids with trauma," she said.

As a working orphanage for a century, that's what we've been doing for a long, long time, she reflected.

She said as a fixture of the community for so many years, she recognizes that the city has come to take great pride in the history of the St. Charles Children's home.

"I hope the pride of the community continues," she said. "Hopefully they will have the same sense of pride that they have a school, a therapeutic school, here to continue to help the children of Rochester."

As a recognized provider of special needs education, the new St. Charles School can accept out-of-school placements from any school system, however being so close, Sister Mary Agnes hopes Rochester will take full advantage.

The school, built as a private home in the 1870s, is a patchwork of architectural motifs, with high ceilings, crystal chandeliers and marble fireplaces in parts of the old house and newer, retrofitted and refurbished orphanage dormitories made into classrooms and play areas in others.

The school also has a full kitchen, cafeteria and library in what once was the mansion's carriage house as well as plenty of "time out" areas where troubled kids having a bad day can take a breather and find peace before going back into learning mode.

The goal of the school is to help youngsters dealing with behavioral and social issues return to mainstream learning, Sister Mary Agnes said. To that end, the younger they get someone who is challenged, the better likelihood they can more quickly return to a regular class.

Right now they have seven students lined up for fall classes, so they're looking to get a lot more.

"We'll take any kids within an hour of Rochester," she said. "I think an hour of driving each way is plenty.

She said transportation costs are always picked up by the home district.