A mockery of justice, and motherhood 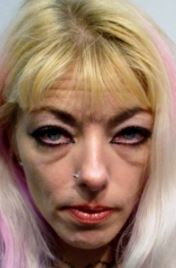 Last week Jazzmyn Rood of Rochester got two years for giving false information in connection with a felony offense, but folks round here know she's guilty of much more than that.

In October last year, she allowed her 17-year-old daughter to be in an environment where heroin and fentanyl was present and being used, then left the room because she didn't like to see her do it and knew she was going to, according to police affidavits in the case.

Moments before Spaulding High senior Eve Tarmey snorted the fatal dose of what turned out to be fentanyl - a synthetic opiate 50 times more powerful than heroin - Mark Ross, Rood's boyfriend, promised to calm down her daughter, who was distraught she may have been stood up by a boyfriend earlier in the day.

It's likely that "calming down" was code for the use of drugs. In a separate affidavit Rood admitted she never saw her daughter snort the drug, but that she suspected she was given some.

So while most mothers of teenagers can be found snooping around their kids' bedrooms looking for a random bag of weed, this mom was quite the opposite, mutely allowing her daughter to use a deadly drug while she went to the bathroom to fix her hair and makeup.

Ross and Leslie Aberle face 20 years to life for their part in supplying the deadly drug that killed young Eve. They deserve some hard time, no doubt.

But given the moral equivalency of parental responsibility vs. the random ethics of users and abusers among the heroin and fentanyl using community, something here really sticks in the craw of many who would likely be happy to take five years off Ross and Aberle's sentences to give Rood another 10.

When the state was mulling what charges they could throw at Rood last fall, they settled on felony reckless conduct and felony conspiracy to possess a controlled substance, which both carry maximum seven-year sentences. However, with a good defense lawyer, they realized those charges would be tough to prove. After all, Rood didn't drive to Massachusetts to get the heroin and didn't give her daughter the drug that killed her.

That left the state with a single charge of endangerment of a child, a misdemeanor that carries only a year in jail.

So they allowed the feds to take over the case, with the misprision of a felony charge allowing at least a three year term.

(I still don't understand why the judge went with two years instead of three at sentencing. Go figure.)
But the point is, leaving you baby in a hot car is endangerment. Allowing your 17-year-old daughter to be in the company of known drug users and dying from the drug is endangerment.

The punishment - and time - should fit the crime.

If some heroin trafficker gives a customer a dose that doesn't kill him, there's very likely to be any consequence. However, if that customer dies from that dose, that trafficker will be going to prison for a long time if convicted.

On Monday a Georgia man was sentenced to life in prison plus 32 years for leaving his 22-month-old son to die in a hot car for seven hours when he went to work.

If the guy in Georgia had left his baby in a hot car for five minutes, that's endangerment, but if the baby's not harmed, he's not going to jail.

So why shouldn't child endangerment fit those parameters, too. If the endangerment causes harm or at worst, death, elevate the penalty correspondingly.

Two years for what she did is a mockery of justice, and motherhood.