A united GOP is vital to my unseating Hassan in November 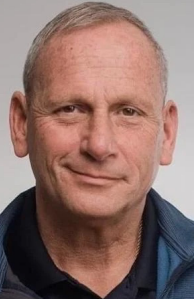 It's an understatement to say there was a lot of noise in the lead-up to last week's primary. Millions of dollars of Republican-sponsored ads attacked me, Democratic ads targeted one of my opponents. It was easy to lose track of who was on whose side.

My campaign did not spend a cent on television ads. Instead, we did things the New Hampshire way and put our fate in the hands of the voters. I held 50 town hall meetings across the state, fielding questions on every topic under the sun. I met voters where they lived, worked and played, at diners, coffee shops, bars and VFWs. I held mothers' hands, I looked fathers in the eye, I heard the fears of retirees who were forced back into the workforce.

To a tee, almost everyone was concerned about the inflationary crisis inflicted on our state by the Biden administration and their Senate enablers, including my general election opponent, Maggie Hassan. Groceries, gas, electricity, health care: you name it, it's more expensive now than it used to be. The latest report showed inflation four times higher than when President Joe Biden took office. Families are making impossible choices regarding basic everyday necessities.

For six long years, Senator Hassan has represented New Hampshire in Washington, but not for a day has she ever embodied our values. Unlike Senator Jeanne Shaheen, Hassan has been a nearly invisible presence in the state. In the Senate, she voted for Biden's agenda 100 percent of the time through November 2021. Since then, facing a tough re-election, that number has "dropped" to 96%.

For all the focus on West Virginia's Joe Manchin or Arizona's Kyrsten Sinema, any one member of the Senate Democratic caucus could have put the brakes on Biden's legislative agenda in an evenly divided upper chamber. Hassan never did because that's not who she is. She is a dyed-in-the-wool party line liberal who would be more comfortable representing California or her native Massachusetts than our state who proudly carries the motto "Live Free Or Die."

The unnecessary $1.9 trillion dollar COVID bailout in March 2021 that lit the match on our inflationary crisis. The $369 billion in new spending in the so-called "Inflation Reduction Act."

Biden's student loan bailout that could cost as much as $519 billion.

Hassan has been a supporter of every single policy.

Six years ago, Hassan told us she would be an independent voice. Sadly, her votes tell a very different story, and we are all worse off for it.

To those reading this column who supported one of my opponents, I get it. Maybe you've heard I'm "too extreme" or "unelectable." I'll never be the most polished. I spent my life in the military: 33 years in the United States Army, including 10 tours in Afghanistan. I started as a private, I retired as a general.

While politics is new to me, the message I share with Granite Staters is tried and true: you will always have a seat at my table. But I need your help to get there. A united Republican Party will be Senator Hassan's undoing.

The primary contest is in the rearview mirror, and I am humbled to have earned the Republican nomination. The real work now begins. Whatever else separates me from my primary opponents -- and they are all good and honorable men -- pales in comparison to the distinctions between Senator Hassan.

Just as before, we will be outspent. Just as before, the critics will write us off. We've overcome the odds once before, and we can again. To anyone -- Republican, independent, Democrat -- seeking a new direction, I ask you to give me a chance to earn your vote. Come to a town hall and see for yourself. Together we can chart a new and better course. But only if we replace those who are supposed to be representing us.

Don Bolduc is a retired brigadier general and the Republican nominee for U.S. Senate. He lives in Stratham.
The op-ed appeared first in the Union Leader of Manchester.