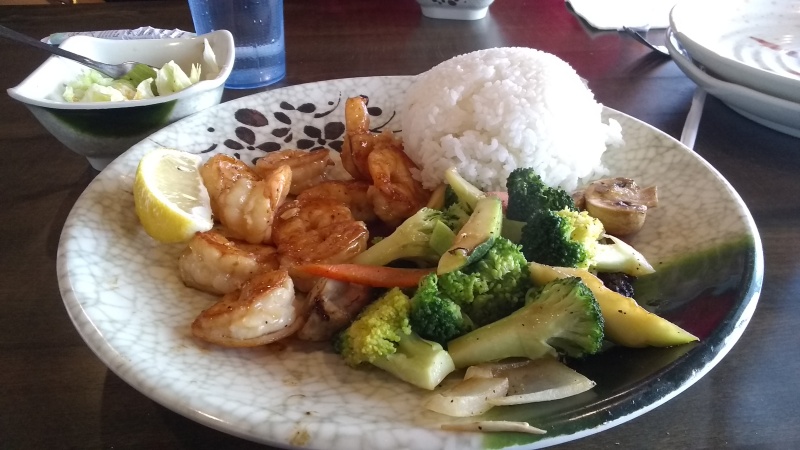 ROCHESTER - A1 Japanese Steakhouse is a culinary jewel hidden in plain sight.

It is located at 300 North Main St., tucked away in a small strip mall that also borders Ten Rod Road, so if you're driving on North Main, you might never even notice it.

That would mean misfortune for your taste buds as A1 has a large variety of delicious entrees including an extensive array of sushi and hibachi dishes.

We got the Hibachi Shrimp dinner entree, which was more than enough for both Martha and myself.

It included Miso soup, salad, vegetables, rice and more than a dozen golden-brown, large-sized shrimp that tasted fresh off the boat.

During the ordering our waitress patiently took our gluten free questions and happily gave us two small salads since there was gluten in the Miso soup, something even I hadn't known before.

The lettuce-only salad was perfectly delightful, very fresh, and topped with a tasty and unobtrusive house dressing comprised of bits of lemon, orange and apple peal and flavored with ginger.

It's so good they carry it as a retail item, so check it out.

The hibachi vegetables, which were all deliciously flavored, crisp and succulent, included mushrooms, broccoli, carrots and bamboo shoots.

You can also order a smaller luncheon special for $9.75.