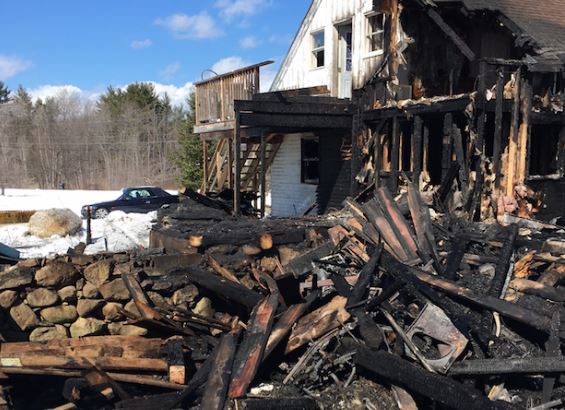 ACTON - Children playing with matches is being blamed for a fire in Acton that destroyed a home and attached barn on Sunday.

Firefighters from all over responded to the blaze, which was reported around 12:45 p.m. at 1242 Foxes Ridge Road.

The town of Acton and the American Red Cross assisted with placement for the fire victims.

No injuries were reported in the blaze.

York County Sheriff Bill King said "an administrative remedy has been initiated" with respect to the juveniles involved in starting the fire.