After hosting Super Bowl parties for decades, Gary Hillsgrove gets to go to one 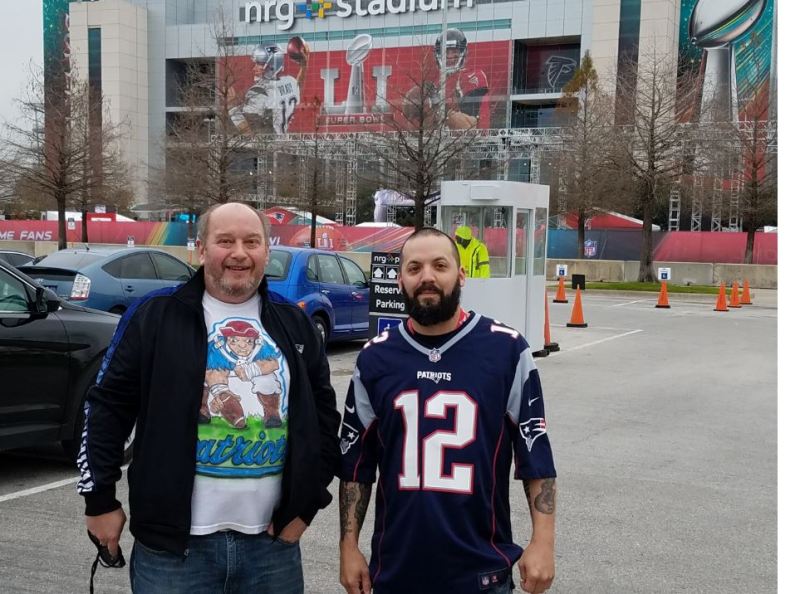 Gary Hillsgrove, left, and Al Freeman, both of Rochester, in front of nrg stadium in Houston on Saturday. (Courtesy photo)

As the longtime owner of Gary's Restaurant and Sports Lounge of Rochester, Gary Hillsgrove has hosted Super Bowl parties for two decades.

Hillsgrove will be in Houston, Texas, watching his beloved Pats take on the Atlanta Falcons in Super Bowl LI.

"I've been a season ticket holder for 23 years, but this is my first Super Bowl," Hillsgrove said while en route to Houston on Friday.

Hillsgrove, of Rochester, said he was staying at a hotel about a half mile from the stadium and had a full weekend planned leading up this evening's game.

Traveling with a buddy, Al Leeman of Rochester, the two planned to go to a huge Patriots tailgate party on Sunday before the game.

Aside from the excitement of his first Super Bowl, Hillsgrove said he was looking forward to watching Tom Brady in person as he played in the biggest game of the year.

"You figure, he's getting older, he may just have a few more years," he added.

"If the Patriots win, it'll be Tom Brady," Hillsgrove said.