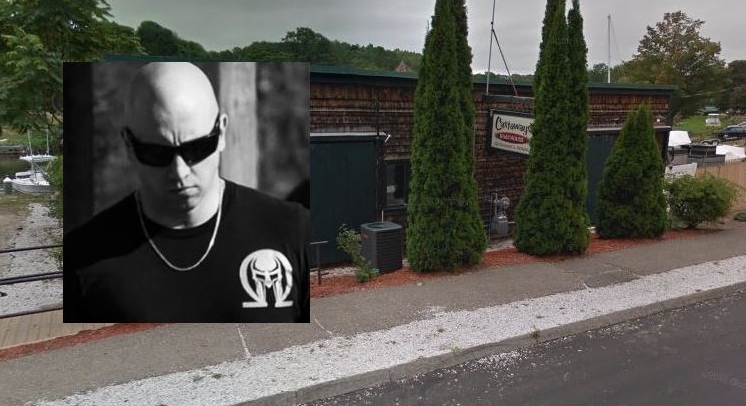 CONCORD - The Attorney General's office has concluded no charges will be brought against a man who fatally shot a Dover man outside a city bar in December saying the state can't prove beyond a reasonable doubt that it wasn't self-defense.

According to the AG's report, Justin Sabattis, 46, no hometown given, was preparing to leave Castaways Restaurant and Tavern in his vehicle when Raymond Eldridge, 34, of Dover, was fatally shot by Sabattis when he entered his truck from the passenger side.

Police first responded to Castaways around 10 p.m. on Dec. 18 in response to a complaint of a man brandishing a handgun. When police arrived they found Eldridge outside the restaurant lying by a pickup truck, the report said.

Eldridge, who was found with a gunshot wound to his chest, later died.

Police officers also encountered friends of Eldridge's, as well as Sabattis, the owner of the pickup truck. Sabattis admitted to shooting Eldridge, claiming that he fired a single shot from his legally owned handgun in self-defense as Eldridge entered the truck and threatened his life.

Eldridge also was armed with a handgun that was legal for him to own and possess, according to police, who observed the handgun in a holster Eldridge was wearing.

The AG's press release gave no hometown of Sabattis, who in the past had listed a Rochester home address in public records.

Pursuant to the investigation conducted into the circumstances leading to Eldridge's death, investigators and prosecutors interviewed all potential eyewitnesses to Sabattis's shooting of Eldridge, as well as witnesses to the events that led up to that shooting, the report indicated. Investigators and prosecutors also reviewed surveillance footage from the Castaways Boathouse, which captured the interaction between Sabattis and Eldridge inside and outside the premises prior to and during the shooting incident.

From that and other evidence, it was established that while inside Castaways Boathouse, Eldridge and Sabattis, patrons who were unknown to one-another, got into a verbal altercation, soon after which Sabattis left the establishment. About ten minutes after Sabattis left, he returned in his pickup truck, re-entered the restaurant and pulled out a handgun - prompting the initial calls to police - and began to argue again with Eldridge, the report states. During that verbal altercation, Eldridge also pulled out his handgun, however, neither man pointed his weapon at the other and no shots were fired.

After a brief verbal exchange Sabattis again left and got into his truck. Eldridge and a friend left the establishment within seconds, and Eldridge went to the passenger side of the truck while his friend went to the driver's side, where Sabattis was sitting.

Sabattis told police that while in his truck Eldridge entered the truck and threatened to kill him, at which point he fired in self-defense. Eldridge's friend, who was at the driver's side door when the shooting occurred and was the only eyewitness to the shooting, was unable to refute those claims. The video surveillance evidence likewise does not refute the claims made by Sabattis as to his encounter with Eldridge inside his pickup truck.

The report concludes that under New Hampshire law, the use of deadly force was justified only if Sabattis reasonably believed Eldridge was about to use deadly force against him. According to the release, the State would have had to disprove the self-defense claim beyond a reasonable doubt in order to secure a conviction against Sabattis.

The state also noted that while Sabattis's uncontradicted account of the shooting of Eldridge may support a finding of the justifiable use of deadly force, Sabattis also lied to investigators about key aspects of the encounter. In particular, Sabattis initially claimed that he was never armed with a handgun outside of his truck, and also initially denied that he ever brandished a weapon inside Castaways, according to the report. These patent credibility issues, however, in themselves do not overcome the State's burden of disproving the self-defense claim, which, again, is not inconsistent with or contradicted by surveillance evidence or the account of the only other living eyewitness to the shooting, the report concluded.

While the state has reached its conclusion not to prosecute, the investigation into Eldridge's death was referred to the Strafford County Attorney's Office for review and consideration of potential nonhomicide charges.