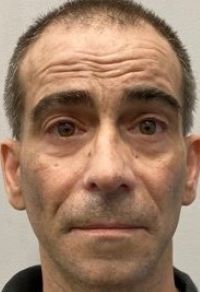 ROCHESTER - A hours-long melee at Amazon Park on Sunday resulted in a pellet gun injury to one man and the arrest of another.

The two men are known to each and had exchanged some words with each other throughout the day," Rochester Police Capt. Todd Pinkham said on Monday.

But over the course of a few hours, other people began to get involved and one person was struck with what they thought might have been a bb from a pellet gun, however, the skin was not broken and no medical attention was needed, Pinkham said.

As tensions rose behavior became increasingly aggressive, with some of the 10 or so people involved throwing rocks, leading to one person being shot in the arm with a pellet gun. The victim was transported to Frisbie Memorial Hospital for treatment of a minor wound.

After police were called to the scene around 9 p.m. a preliminary investigation resulted in the arrest of Kevin R. Badger, 46, of 105 Whitehouse Road, #37, on simple assault and reckless conduct charges.

Police say the incident is still under investigation and more charges could follow.