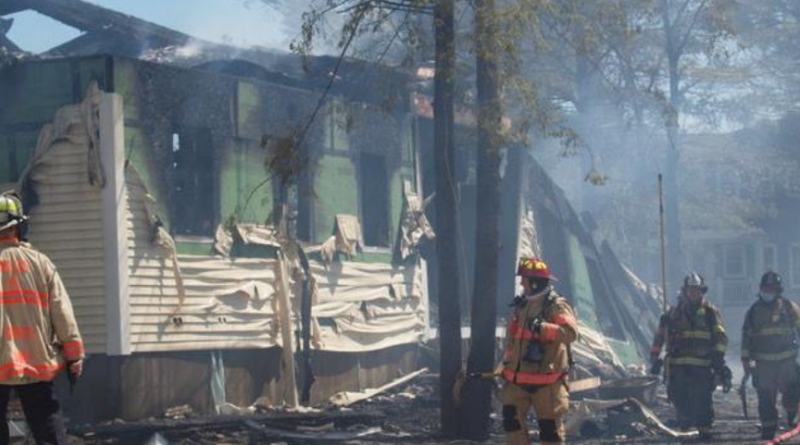 A lakeside Amherst home under renovation was destroyed in an explosion on Friday. (Union Leader photo)

AMHERST - One man was injured and an Amherst home under renovation was destroyed in an explosion on Friday.

When the first fire crews arrived they found smoke and fire coming from the house, according to a Dept. of Safety press release.

There were contractors at the house doing work at the time of the explosion, officials say, with one of then sustaining burn injuries to his arms. He is being treated at a Boston area hospital where he is listed as stable condition.

The fire went to a third alarm before being declared under control.