An EOC like never before: 'We're building the plane as we're flying it' 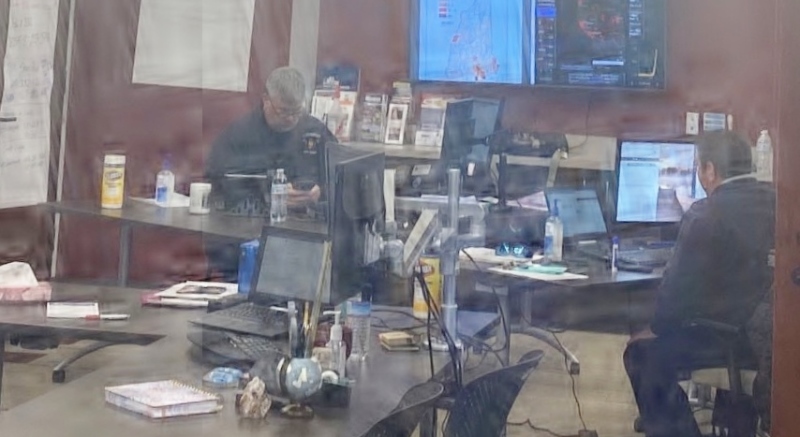 ROCHESTER - When Rochester Fire Chief Mark Klose began discussions with city officials about the activation of the city's Emergency Operations Center last month, he said there were predictions that a huge percentage of city workers could be sidelined due to COVID-19.

"We were told at an informational meeting in Somersworth on Feb. 28 that if we didn't get proactive, we could lose 40 percent of the state's workforce," said Klose, who is serving as EOC chief during the pandemic. "If we hadn't switched to working remotely and sending them home, we don't where we'd be now."

But by having the foresight to take the steps the city did, Klose said on Monday that no city workers or first responders have been shown to have contracted the coronavirus.

"We're at 10 first responders and four city employers who have been isolated, but none have tested positive," he said, adding the last first responder was back at work on April 13.

Klose said as of Monday there were nine active COVID-19 cases that have signs and symptoms.

"They go on a list and are currently in recovery," he said.

And speaking of lists, they are prolific at the EOC, written in red and lining the center's walls with various protocols and policies that are followed to ensure a seamless response governed by CDC, DHHS, state and federal guideline and directives during the pandemic.

Klose said reams of information posted on walls and in notebooks around the center are in constant flux as new information pours in about the virus and how best to move on an infinite number of situations that crop up.

"Basically, we're building the plane as we're flying it," he quipped. "In the past the EOC's been activated for a hurricane or natural disaster. This is way different."

The EOC, itself, is tucked away in isolation inside the City Hall Annex, where only Klose and four others are allowed to enter.

No other city employees are allowed, Klose said, so as to avoid any cross contamination.

On the tables inside the center bottles of Purell and containers of Clorox wipes abound as Klose and his team mirror the guidelines put forth by President Trump's Coronavirus Task Force.

On Monday Klose talked about complaints they were investigating about a "big box" store in the city that wasn't practicing social distancing.

He said another recent incident involved a landlord seeking to evict his tenants, something the governor has prohibited during his emergency order except under very limited circumstances such as danger to other residents or destruction of property.

And sometimes they even get a little mundane like the guy several weeks ago who complained that his neighbor was mowing their lawn.

Klose said with every new incident they do basically the same thing: check state, federal and CDC guidelines before issuing a "suggestion" to potential offenders.

"We don't do enforcement, but we do suggest," he said. "Enforcement is up to Police Chief (Paul) Toussaint."

Klose said the team effort displayed by department heads and the support of City Manager Blaine Cox, the mayor and the City Council showed great vision, adding that other cities and towns are calling him for modeling advice.

"On a positive note because of the city's proactive stance and allowing employees to do what we needed to do, it's helping us get through this," he said. "I'm very proud of the city of Rochester; it's been a team effort. Every department has done things to help the health of residents, while maintaining customer service to residents."

Klose said being head of the EOC since they activated the center on March 16 has been pretty surreal. He said he gets to work every day around 10 a.m. and leaves by 6 p.m. with another couple of house spent before and after work sending and receiving emails from home regarding various incidents that crop up.

Asked what it was like being stuck in his office all day Monday through Friday, he quipped, "I don't know, I'm growing a beard. I've never had this much facial hair, but I do know it's coming off when I get out of here."