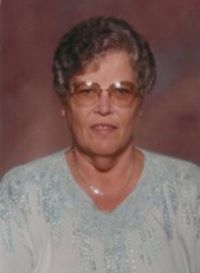 ROCHESTER - Anita T. (Croteau) Landry, of Rochester, died peacefully on December 21, 2021 at the Hyder House Hospice Center in Dover, after a lengthy period of Dementia-related issues.

Born April 1, 1939 in Berlin, to William and Eva (Brunelle) Croteau, she was number 13 of 16 children. The family moved to Berwick, Maine, when she was 3 years old. She grew up in Rollinsford.

Anita was married June 3, 1967 in Rollinsford, NH to Almon L. Landry of Lisbon. They enjoyed 54-plus years together and lived in both Somersworth and Rochester.

She is survived by her husband, son Philip and wife Angela (Dennis) of Kissimmee, Fla., and daughter Lori (husband Mark Everett) of York, Maine. Also, grandchildren Jodie (husband Anthony DaSilva) of Sanbornville, Cameran (Landry) Shepard and partner Jacob of Hartford, Conn., Brandon Everett of York, great-granddaughters Ellie May and Isabelle DaSilva. She is also survived by her siblings, Armand and wife Alice (Salvas) of Somersworth, Florence (Croteau) Shory and husband Ron of Somersworth, and Albert and wife Linda (Janelle) of Rollinsford.

Anita and Al enjoyed traveling, camping and visiting different areas of the country. Some memorable trips were Florida, Pennsylvania, Virginia, California, Missouri, Hawaii and Alaska. They also enjoyed cruises to the Caribbean, Spain, Italy, and Hawaii.

Anita and Al moved to Tara Estates in Rochester N.H. after living in Somersworth for 28 years, where they enjoyed their new "active life" and made many new friends.