Another ambulance try tops items for discussion at public hearing 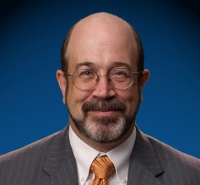 Selectmen Chair Chip Harlow ... will serve as moderator for the hearing (Courtesy photo)

LEBANON - Four town ordinances, the purchase of a new $244,000 town ambulance and the restructuring of codes and land use into one combined $95,000 budget will be among the 42 referendum items to be discussed at Wednesday's public hearing and voted on June 12.

The meeting begins at 6 p.m. in the Lebanon Elementary School gym.

Among the ordinances to be discussed is the Lebanon Food Sovereignty & Self Governance Ordinance, which Selectmen Chair Chip Harlow said makes it easier - and without the threat of state interference - for local producers of items such as vegetables to sell to others.

The biggest ticket item to be discussed is Lebanon Fire and Rescue's proposal to buy a 2018 Life Line Ambulance including a Power Loader for $244,000. Softening the blow a bit for taxpayers is the town's proposal to use money from the Fire Equipment Capital Improvements account along with funds from the town's undesignated restricted fund to make the purchase.

New Fire and EMS Chief Steve Merrill has repeatedly told selectmen of the ongoing issues trying to keep both of Lebanon's aging ambulances in service in recent months.

Meanwhile, the Codes and Land Use budget, which now will include CEO, planning board, appeals board and conservation commission funding, is set at $95,600.

Last year's codes budget was $48,000, which included health officer and 911 director, but not the other boards' expenses.

Harlow said the health officer duties have been transferred to Merrill who has experience in the field.

One funding request townspeople haven't seen before is the $16,000 road study proposal. Harlow said the money in Referendum 3 is to hire an engineering firm that will methodically drive the town's roads and then using software be able to determine which roads are most in need of repair or repaving. He said this should help take the guesswork and subjectivity out of the equation.

Harlow added that currently the town does not fill road crack and said this study could indicate which roads might benefit from such treatment perhaps prolonging their life.

"We could use this data to prioritize roads (for repair)," he added.

Another town department budget that could draw scrutiny is Highway, whose proposed budget stands at $719,000 plus another $150,000 in capital reserve paving and another $50,000 in capital reserve highway equipment. Residents will note that the commissioner's salary this year is rolled into the main highway budget for the first time in recent years.

Meanwhile, Lebanon Fire and EMS' operating budget stands at $464,000, up $13,000 from last year. Also included are reserve fund referenda for $50,000 for equipment purchases, $20,000 for a firetruck and several smaller others for clothing, SCBA gear and communication equipment.

Harlow said unlike the past when the town would hire a moderator, he will take the gavel on Wednesday.

"It's a public hearing," he said. "I have no problem with doing it."