Another bail jumper arrested, released on PR for later arraignment on new charge 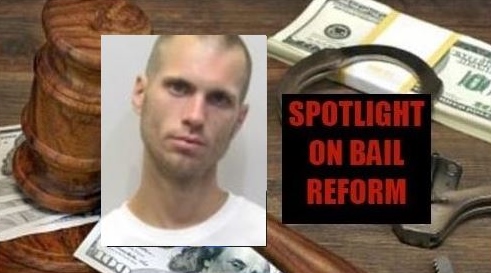 ROCHESTER - Rochester Police have released yet another press release detailing bail jumping arrest after multiple failures to appear while on personal recognizance bail.

James Brooks, 28, of Somersworth was arrested for bail jumping on Monday, but released again on PR with an arraignment set for later this month in Rochester District Court. His more recent arrests and court history is detailed below.

In addition to the above, Brooks was also arrested on Aug. 26 on a Capias warrant from Strafford Superior Court for failing to appear on a Felony level Possession of Controlled Drugs arrest on July 30.

Brooks was also arrested on prior Capias' regarding a prior Felony level Burglary charge on Dec. 17 and July 7, 2017, as well as a Violation of Probation arrest on May 19, 2017.