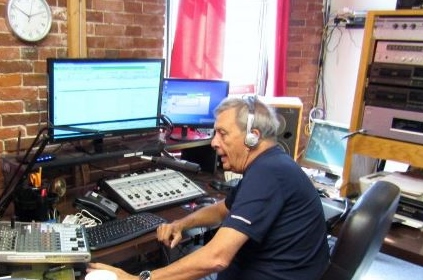 ROCHESTER - Rochester radio listeners have a lot to be thankful for this Thanksgiving.

After four years of spotty reception throughout the city, the Oldies Station recently moved its antenna from the Gonic Mill to the water tower on Rochester Hill Road, more than doubling its range, GM and morning personality Gary James said on Wednesday.

The new antenna, placed on top of the tower, now enables the 100 watt low power station to reach almost to the Sanford line on Route 202.

"People are commenting they can hear the station much farther in their cars," James said.

Work went on over the summer to survey the tower to make sure there would be no interference with other broadcast entities and cellphone providers that currently use the Rochester Hill icon to deliver their signal.

The FCC ultimately approved the move and ever since the station with "the most amazing oldies," which also provides local weather and sports, has been able to be heard clearly in all portions of the city.

Prior to the change, the station's reach had been spotty, especially north of Market Basket on Milton Road and west on Route 11 near The Ridge.