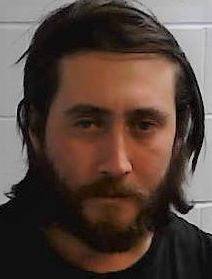 SOMERSWORTH - A local transient was arrested at a Somersworth warming shelter on Sunday after he broke a door at the facility, police say.
Somersworth Police got involved as they responded to the Willand Warming Center a little before 8 p.m. for a report of a burglar alarm.
The initial investigation confirmed a broken door with footprints leading from the scene. While investigating, a male identified as 32-year-old Colin White, a transient, was encountered walking from the area on Commercial Drive.
Soon after it was confirmed White had an open warrant from Raymond Police for theft and was arrested. Police say further investigation into the burglar alarm confirmed that White broke the door and entered the building.
He was charged with criminal mischief and criminal trespass and released on personal recognizance.
White is scheduled for an arraignment on Feb. 6 at Dover District Court.
Police say more charges may be added.
If anyone has any information on this case, they are encouraged to call the Somersworth Police Department at 692-3131, our Anonymous Crimeline at 692-9111, or they may leave an anonymous tip through our Police Department web site via www.somersworth.com.