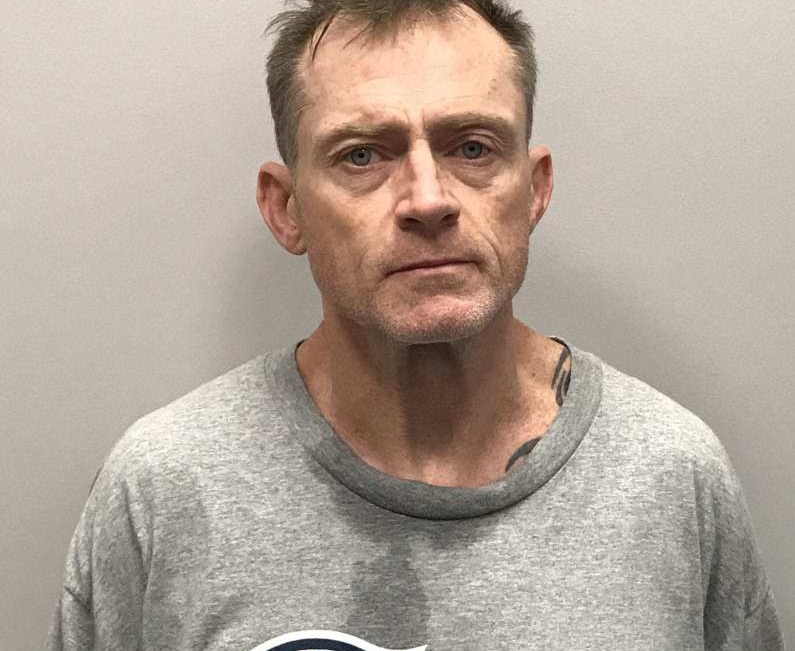 ROCHESTER - A shotgun-toting suspect wanted on Rochester domestic violence and Georgia weapons charges said to have vowed he wouldn't go peacefully was safely taken into custody on Friday after lawmen surrounded where he was holed up at a Joshua Street residence.

The dramatic scene unfolded Friday morning as Rochester Police received information from the U.S. probation department that a wanted subject was currently in Rochester.

Jody A. Shea, 50, reportedly with ties to Massachusetts and Georgia, was believed to be at 21 Joshua St. Shea, wanted out of Georgia for a probation violation stemming from a burglary with a weapon and by Rochester Police on domestic violence charges, was said to have a shotgun and had reportedly told associates he "was not going to be taken into custody," according to police.

An operation to safely take Shea into custody began around noon as tactical teams evacuated adjacent residents then formed a solid perimeter around the address. The Strafford County team then established phone contact with Shea, who was voluntarily taken into custody around 3:25 p.m. after brief negotiations.

Shea was charged with DV criminal threatening, DV obstruction of a crime and DV simple assault, all from the Aug. 2 domestic violence incident.

He was also charged as a fugitive from justice counts from Dawson County, Ga., and being a felon in possession of a dangerous weapon - a shotgun - in Friday's incident.

Shea is being held with no bail pending a Monday arraignment.

Rochester Police took the opportunity to thank the assisting agencies, adding that due to the collaboration and professionalism no citizens, officers, or the suspect were injured during the operation. During the incident the 603 Storage facility on Cross Road was used as the command post.