Arrest made in fatal stabbing along Manchester hiking trail 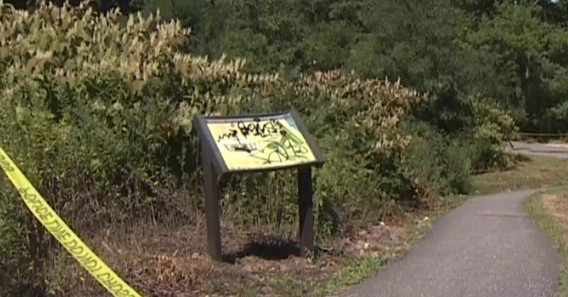 Yellow police tape blocks of a trail where an unidentified male was fatally stabbed on Friday.

MANCHESTER - An arrest has been made in the death of a 75-year-old man found mortally wounded along a walking trail near Nutt Pond in Manchester on Friday.

Police got involved when they received a 911 call around 10:30 a.m. for an adult male suffering from stab wounds on a trail at the western edge of the pond.

When they arrived they found the man suffering from apparent stab wounds. He received emergency medical treatment but was declared dead at the scene.

Raymond Moore, 40, previously of Forest, Miss., with no known current address, was charged with one count of second-degree murder for recklessly causing the death under circumstances manifesting an extreme indifference to the value of human life, by stabbing the victim with a knife.

Moore is expected to be arraigned in Hillsborough County Superior Court in Manchester on Tuesday.

The victim's name is being withheld pending notification of next of kin.

An autopsy is expected to be performed today.

Anyone with information about the incident is encouraged to contact the Manchester Police Detective Division at (603) 668-8711.