As Heaton Street brawl probe continues, more arrests may be made, police say 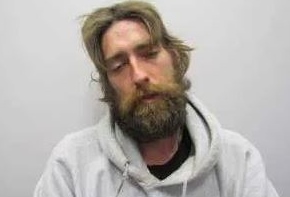 ROCHESTER - Police say Monday's brawl on Heaton Street was part of a yearlong neighbor dispute that has drawn officers to the scene at least a half dozen times.

Monday's melee led to the arrest of six people, but dispatchers were told by one reporting person that 10-13 were fighting with sticks, a bat and pepper spray when the incident erupted around 4:20 p.m.

Marcus Pritchett, 38, of Dorchester, Mass., and Darcie Hibbard, 38, Adrian Hibbard, 35, Gary Hibbard, 36, and Perry Brown, 45, all of Rochester, were arrested and charged with felony riot punishable by up to seven years in prison.

Also arrested on three EBWs was Shawn Harriman, 35, of Rochester. Harriman's warrants were for criminal threatening, criminal mischief and false report to law enforcement. All the EBWs had been set on PR bail. He was present during the brawl, but has not been arrested in connection with the incident yet.

Rochester Police Capt. and press liaison Todd Pinkham characterized the department's response to the scene as including "quite a few cruisers and officers."

As result of the incident, one female was transported to Frisbie Memorial Hospital to be treated for an undisclosed injury. Dispatcher notes indicated she may have been punched in the face while on the ground.

Pinkham said past incidents associated with the feud were logged in by police as for disorderly conducts, disturbances and neighbor disputes.

He said the investigation into the incident is still active and more arrests are possible.

All five charged with felony riot were booked, Pinkham said, however their booking photos were still not available on Tuesday.