As you might expect Index anniversary fete was a nice package 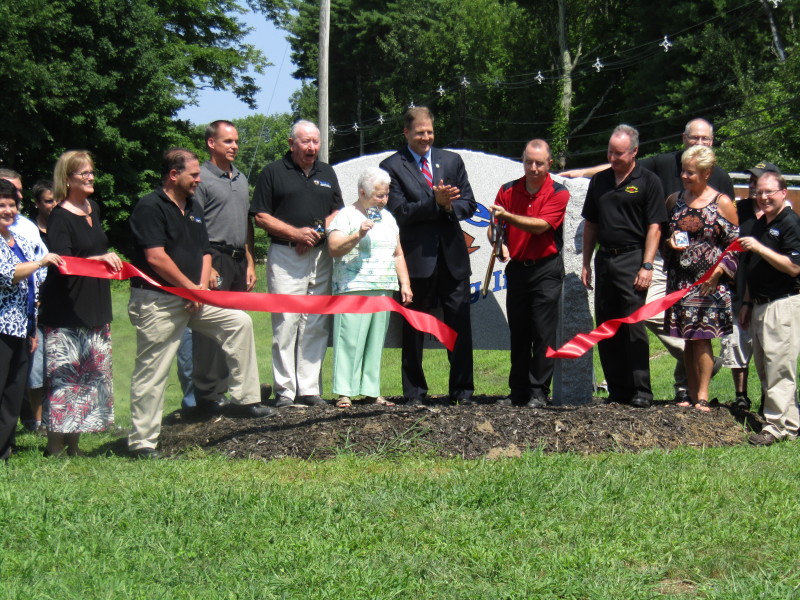 MILTON - New Hampshire Gov. Chris Sununu was on hand today to help Milton's Index Packaging celebrate its 50th year producing packaging solutions for many New England factories and businesses worldwide.
An official ribbon cutting with the Greater Rochester Chamber of Commerce was the highlight of today's celebration which included tours of the Index Packaging campus.
The company's entire workforce participated in the celebration, while
President Mike Wiles did the honors cutting the ribbon that also marked Index Packaging's recent joining of the chamber.

Index Packaging was founded in 1968 in Horsehead, N.Y., in the area of the state's Finger Lakes region.
In 1981 they moved their plant to Milton where they now employ 175 people utilizing some 185,000 square feet in production space.
In addition to fabricating industrial packaging for many clients in New England and the Midwest they export their patented Tip N Tell and Drop N Tell package technology to retailers all over the world including Europe, China and Singapore.
The Tip and Tell indicates if a package has been tipped in shipment, while the Drop and Tell lets the receiver of a package know if it's been dropped. Both devices are used to facilitate damage claims against shippers.
Wiles participated in the ribbon cutting along with William and Constance Lander who started the company, Gov. Sununu and local officials including Milton Police Chief Richard Krauss, Milton Fire and Rescue Chief Nick Marique and Milton Selectman Ryan Thibeault.
Wiles said he was thankful for the governor's attendance at the ribbon cutting and his pro-business administration.
While the company's 50th anniversary was recognized today, the official date is Aug. 26.