At Community Corrections, the numbers are up but the mission's the same 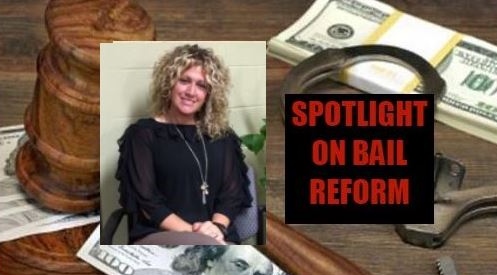 Editor's note: This is another in an occasional series of reports produced by The Rochester Voice concerning the issues of New Hampshire's recent bail reform legislation.

DOVER - One of the consequences of the state's recent bail reform legislation is that Community Corrections, the county department that oversees pretrial bail supervision services, is a lot busier, handling a caseload up some 25 percent over what it was a year ago.

But Carrie Conway, the Criminal Justice Programming Coordinator, told The Rochester Voice on Thursday that while the numbers are up, the mission remains the same: to monitor and report back to the court on their oversight and assessments of offenders awaiting trial outside the walls of Strafford County Jail.

"The numbers have increased," Conway said. "And now we see a lot of high risk individuals who are substance abusers, and those with mental health issues. A lot of people are coming in with needs."

To do the work Conway oversees a staff of eight who currently work with about 280 individuals who are on bail supervision compared to 211 a year ago.

One of the big changes she sees since bail reform was enacted last year is hardly anyone is given a cash bail with an option to convert to personal recognizance if accepted into the Community Corrections program.

"What we see mostly now are orders from the court for 'personal recognizance with community connections,'" Conway added, which sets the stage for her department to personally monitor the offender and report back to the court on any issues that may arise.

Sometimes, she said, the court presets the conditions, which can range from simple occasional telephonic reporting from the offender to see how they're doing to electronic monitoring with an ankle bracelet to curfews to full-scale home confinement. Other times Community Corrections has leeway to pull back or toughen the conditions under which offenders remain outside jail walls.

But that's only part of the job. After they've set the conditions they have to monitor compliance, sometimes even to the extent of counting pills to make sure individuals with mental health or substance abuse issues are taking their meds.

"If prescription pill counts are off, we write to County Attorney Tom Velardi to let him know," Conway added. "And if we see elevated risks we make that known to the court, too."

She said Community Corrections also facilitates connections to various nonprofits and agencies that specialize in helping those struggling with various issues.

One of the most disturbing aspects she's seen in her 18 years with the department is the generational component of those who have continued interaction with the justice system.

"Sadly, we sometimes see the same people, the same families over and over," she added.

She also agreed that sometimes the public gets frustrated when they see people reoffending after committing a crime and being released on bail.

"Regular folks sometimes get mad at us like 'where is the due diligence' but ultimately it's the court that decides. We're just a reporting agency. We do what the court tells us to do," she said.

Below are links to previous stories that are part of the series.