At Rochester's Riverfest, 'It's all about the music' 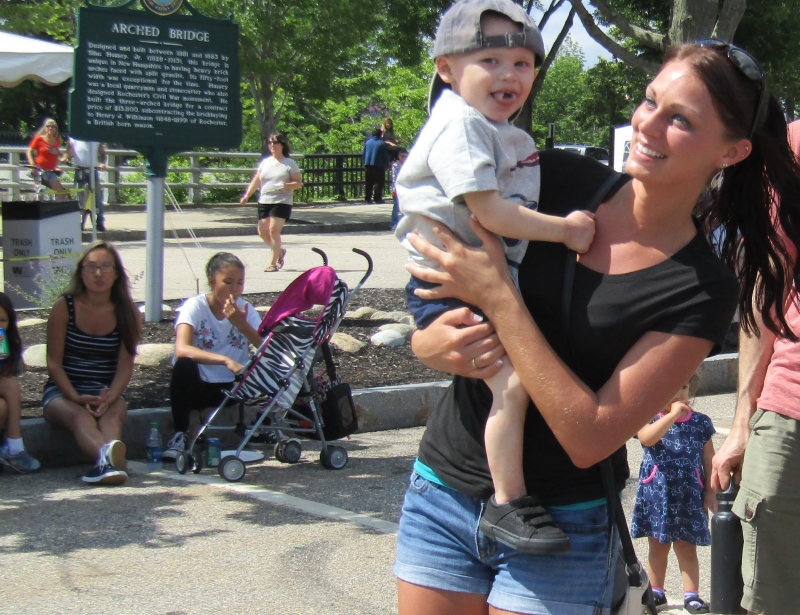 If anybody woke up Saturday morning to clouds and cool temps and was worried about the weather for Rochester's annual Riverfest, well, no worries.

Hundreds packed the Riverwalk area of North Main Street throughout the day to browse street vendor booths, sample chili and other signature food items from Rochester restaurants, listen to cool tunes from area singers and bands and yes, even sip on an adult beverage while watching it all unfold.

It was the first year the event offered a beer and wine tent, where folks could enjoy a cold beer in the shade just a short distance from the main stage.

Matt Ryan, vice president of Main Street, served as bartender and host at the tent, while Main Street Executive Director Mike Provost worked at the blueberry dumplings booth. The downtown advocacy group organizes the event and other events like the Tuesday Farmers Market on the Commons and Friday Music on the Square among others.

All the music events play right to the ear of Rochester resident Diana Dean, who relaxed with friends in the shade of a tree near where musician Bill Cormier was playing his new guitar and belting out pop hits.

"It's all about the music, I love it," she said. "I go wherever it's playing, like the Farmers Market on a Tuesday or the Governor's Inn on a Sunday."

"I come for the music and the chili," her friend Sandy Averill of Rochester agreed.

As of presstime results of the chili cookoff between several city restaurants weren't yet available, but Dean and Averill gave a solid thumbs-up to the new Fresh Vibes restaurant close by on North Main.

The Chili Cookoff was sponsored by Leone, McDonnell, & Roberts, PA, with a special plaque for a first place award and a $100 cash prize on the line.

Flierl, an Army veteran of the Vietnam War, said the country should try more diplomacy in places like Afghanistan and Syria and try to avoid so many military conflicts.

"Afghanistan is getting more like Korea," he said. "We used to think it was like Vietnam, but we got out of Vietnam. I don't see us getting out of Afghanistan."

Other booths featuring a lighter note included Bees and Thank You, Terri The Bag Lady, LuLaRue and Maggie Blu Creations, known for its handcrafted "upcycled" jewelry.

Besides walkers and bicycles perambulating about, a roving train gave free rides to families and children within the barricaded streets between the courthouse and the French Club area of North Main.

Posted at the northern side in a baking sun was none other than Rochester Police Chief Paul Toussaint.