At Sausage Express, former nuclear engineer has grilling down to a science 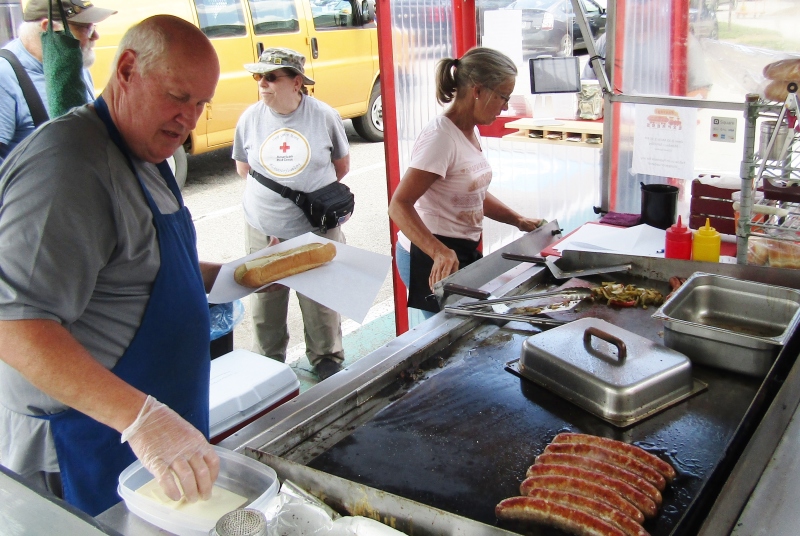 ROCHESTER - When one arrives at the Rochester Home Depot one expects the sound of whirring saws and unmistakable smell of freshly cut lumber, but before you get to that, be ready to experience the intoxicating aroma of sausage, peppers and onions sizzling on an open grill out of a food trailer in front of the store.

Sausage Express has been a culinary fixture of the Home Depot parking lot 16 years, but this is the first year under the ownership of Dan O'Lone, a former Navy submariner and nuclear engineer who now spends his days grilling up sausages, steak tips and hot dogs instead of researching potential uses of peacetime nuclear energy for Westinghouse Electric Co.

O'Lone, who runs the business with the help of his wife, Janet, said he's amazed by the number of people that come to Sausage Express five, six or seven times a week and never go inside Home Depot.

He says what keeps them coming back is the quality of his food that's all prepared fresh and hot.

But if you usually say "hold the relish," you might want to reconsider that. O'Lone's homemade apple relish is as top secret as the plans for a fission reactor.

"That recipe is secret, it was part of buying the business," added O'Lone, who lives in Barrington.

As a nuclear engineer for Westinghouse O'Lone said he had his fill of globetrotting, traveling to China some 25 times and South Korea around 30 times.

He said he got interested in buying Sausage Express after his son sent him a copy of the ad.

"My oldest son sent me it as a joke after I told him I was looking to change careers," he said. "I thought, 'You know what, this looks like fun, no travel, no crazy deadlines."

"Although there are deadlines here, all the time," he added keeping a watchful eye on those delicious Italian sweet sausages.