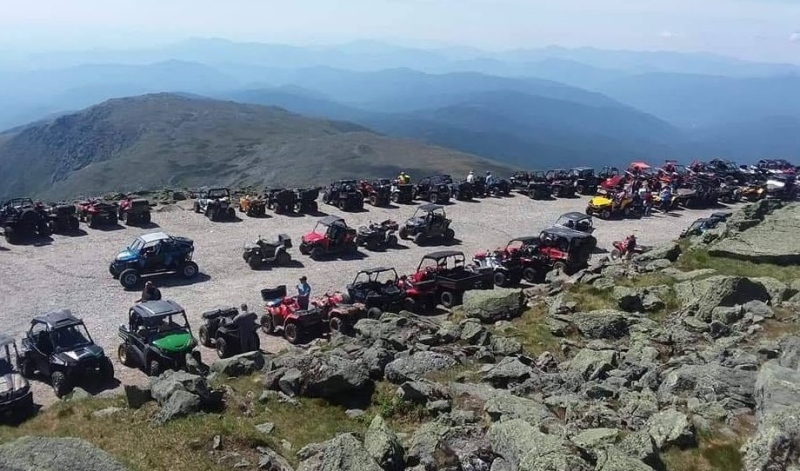 CONCORD - Legislators will consider a leftover bill from 2019 this week that would give abutters more say in whether towns allow OHRV corridor extensions on public rights of way.

Supporters say House Bill 683-FN as reworked over the summer will preserve the peace and tranquility of these often remote roads. But opponents say it will kill the state's developing all-terrain-vehicle tourism growth by denying connectivity to existing trail networks.

House Bill 683-FN is expected to be heard by the House on Wednesday or Thursday when lawmakers return for Convening Day.

Convening Day, in the middle of each two-year legislative session, is required to dispense with the previous year's held-over bills. This bill was hotly contested last year but laid on the table by the House Resources, Recreation and Development Committee.

The committee did go forward and passed another bill, House Bill 591, which was signed by the governor.

Steven Wilkie, president of the New Hampshire Off-Highway-Vehicle Association (NHOVA) is opposed to HB 683-FN and said it is in part redundant to HB 591.

It would be "most disastrous," Wilkie said. It would impact OHRV recreation and the development and maintenance of its trail systems, Wilkie said.

Rep. Wayne Moynihan, D-Dummer, who sponsored the bill, said there is a great deal of confusion about what it would do, if passed.

"It will not change the current rules regarding OHRV access to public roadways," Moynihan said. "It will still be up to local selectmen to decide."

What it would do going forward is require selectmen to hold a public hearing and give notice to affected people before deciding whether OHRVs can use public roads, Moynihan said. That wasn't the case in many towns, he said.

The bill says in the future, nobody is going to have their roads become part of an OHRV trail without notice, but that also means the existing agreements will be "locked in," Moynihan said.

Moynihan supports the bill, but doesn't like the fact that the roads that selectmen opened for OHRV use without notifying interested parties will remain locked in if it passes.

Some of his constituents would like to see changes in the bill if it passes and goes to the Senate.

Moynihan said he has received complaints about OHRVs using public roads from just about every town in Coos County.

To his knowledge, Randolph is the only town in the county that doesn't allow OHRVs to use public roads.

Nancy Martin of Warner, a member of the Friends of the Mink Hills, said the bill would level the playing field and allow for more transparency.

The Mink Hills is a 15,000-acre tract of unfragmented forest bordering Henniker which includes the remnants of many pre-Civil War settlements and roads which are now Class VI.

Berlin Mayor Paul Grenier is strongly opposed to the measure. He said Monday that it is not a compromise. "It's a wolf in sheep's clothing," Grenier said.

Berlin's economy and much of Northern Coos County, "is so fragile that this type of legislation will destroy what we've worked so hard to build," Grenier said.

A copy of the bill's original language is here http://gencourt.state.nh.us/bill_status/billText.aspx?sy=2020&id=772&txtFormat=html. Here is a copy of the majority's proposed amendment: http://indepthnh.org/wp-content/uploads/2020/01/amendment.pdf

The House Resources and Recreation Development Committee voted 10-8 to pass the bill and some debate is expected this week.

Wilkie said if the House passes the measure it will go over to the Senate and there will be an opportunity for a public hearing on the bill.

There are at least 14 bills his OHRV organization is monitoring for this 2020 session including measures related to road use, he said.