Battle rappers head to Charleez Hill for May donnybrook 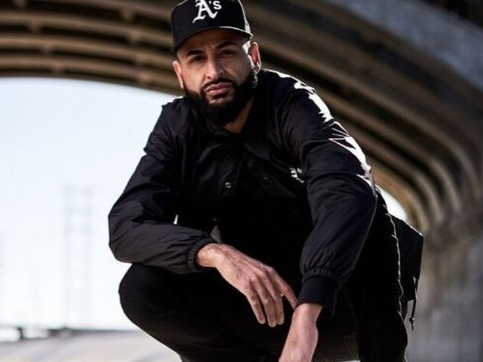 A collection of rap battle bands headed by accomplished rapper Locksmith will descend on Charleez Hill in Lebanon, Maine, on May 22.

Charleez Hill manager Teri Merrill said they had about 140 guests at a similar event in February 2019 and she expects the same type of turnout next month.

"It was an awesome show last time," she said.

Locksmith, aka Davood Ali Asgari, is from Richmond, Calif., and has been performing in battle rap since the early 2000s.

Also performing will be K Daver, The Real Young Swagg, Livid Rhymer, Svn Cvlt and Killer Intellect. Tickets are $25 and include amenities like free camping.

The entertainment begins at 7 p.m.

Charleez Hill is located at 734 Center Road in Lebanon.

Here's what's coming up this weekend.

Rosie... Good News, they are playing out! Bad news, (unless you are invited) it is a private party! Watch for more Rosie gigs coming soon!

Tom Boisse at The Striker in Portsmouth NH 9-11 p.m.

Ostara Strings for Spring event at Charleez Hill in Lebanon, ME starting at 7 p.m. A night of Rock with some special folks!

Continuum Arts Collective presents its first Sunday Morning Wake Up Call, with online live music by The Reconstructed's Martin England. Including a give away of a five-pound bag of Coffee from NH Coffee to the highest donor. You can donate via Venmo - @continuumarts or PayPal - info@continuumarts.org. 100% of all proceeds benefit our program mission to assist underserved, school-aged artists and musicians in Maine and New Hampshire. Starting at 9 a.m.

Enjoy the spring weather and get out and about this weekend!

CC Bissett is a longtime Rochester music scene aficionado. She lives in Lebanon, Maine. You can contact here at ccbissett603@gmail.com