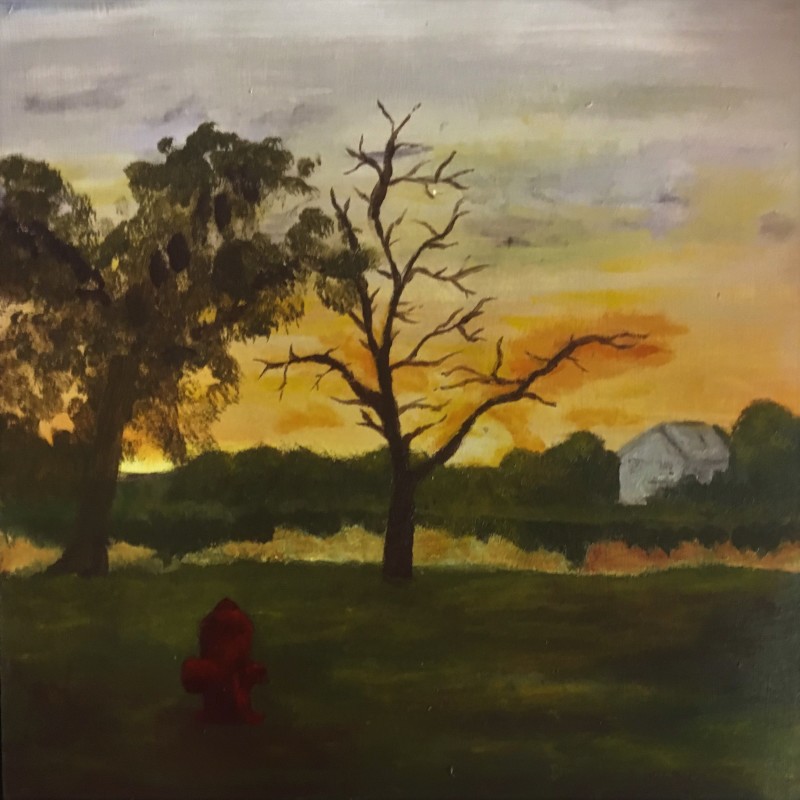 ROCHESTER - The Franklin Gallery at RiverStones Custom Framing in downtown Rochester will host an exhibit during the month of October called, "Painting My Mom's Perspective," featuring the work of artist Haley Sullivan.

An opening reception will be held on Oct4 from 5-6:30 p.m. and the public is invited to attend. Light refreshments will be served.

Sullivan is a Lynn, Mass., based painter whose eye has always been drawn to the overlooked objects and faces on the street or in the home. Her pieces tend to have an approachability, which helps in engaging a wider audience and starting a conversation with more viewers. Since a young age, she has worked within the traditional medium of painting and, as she's grown, so the variety of her mediums.

After graduating from New Hampshire Institute of Art in January 2019 with her master's in visual arts, she has come to find herself, like so many young people, lost. Without the guidance and structure of academia, she finds herself asking, "What if" and "why?" In those questions, she finds so much more than just an answer. She finds more and more questions that leave her confused and unable to vocalize what she wants.

In an attempt to find out what she wants to paint, she begins to think about what her mother wants her to paint, which is a lot of things. The idea of leaving the subject matter up to her mother is a way for her to honor and learn from a woman with a different point of view. With that new perspective, Haley hopes to listen to her mother through unspoken communication.

RiverStones Custom Framing and the Franklin Gallery are located at 33 N. Main Street and are open Tuesday through Friday, 10 a.m. until 6 p.m. and Saturday, 10 a.m. until 2 p.m. For information about the Painting My Mom's Perspective exhibit and other RiverStones events and services, call (603) 812-1488, or send an e-mail to riverstonescustomframing@gmail.com.