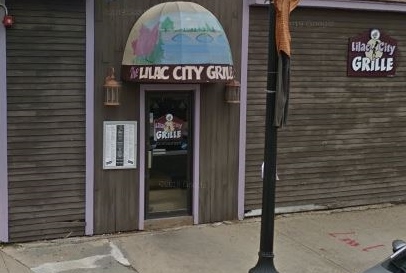 Lilac City Grille owner Heather Stachura said they are getting orders for beer and wine with takeout orders. (Courtesy photo)

ROCHESTER - When Gov. Chris Sununu authorized restaurants that have liquor and food licenses to sell beer and wine with to-go orders many may have thought that they'd have to pay the same price they plunk down at the bar, but that's not the case.

All the Rochester restaurants we spoke to on Thursday and today said it'd be much less.
At Granite Steak and Grill they're charging around a buck and a half over cost for a bottle of beer or wine, said manager Patrick Gagnon, who on Thursday was figuring out price points for such ordering.

Heather Stachura of Lilac City Grille and a manager at Clemento's Pizzeria & Brew said they'd be in the same neighborhood, too.

"We're not looking to make a lot of money on this," said Gagnon. "This is just to take care of our customers."

Stachura, who was in the midst of filling a large Holy Rosary Credit Union lunch order, said the Lilac City Grille is hanging in there.

A manager at Clemento's said he was hoping this was over "sooner rather than later."