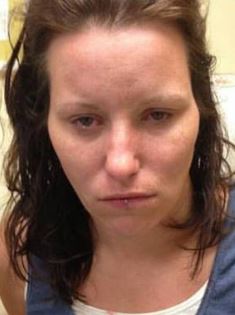 ALFRED, Maine - A Berwick woman has been indicted in a South Lebanon convenience store burglary that police believe netted her thousands of dollars in cash, gift cards and lottery tickets, all stolen from a safe at Hometown Mobil on 202.

Tatiana Gagnon, 32, of 202B Hubbard Road, was formally charged by a York County grand jury with burglary, theft, criminal mischief, eluding and reckless conduct with a weapon in the Aug. 13 incident.

All the charges are Class C felonies, punishable by up to five years in state prison each.

At the time of the arrest Gagnon was also a suspect in several auto thefts in Rochester, Lebanon and Dover.

A search warrant obtained by State Police led to a search of her home and car leading to the seizure of some $1,357 in cash from the vehicle as well as thousands of dollars' worth of scratch tickets and 23 Mobil gift cards. All items are presumed stolen from the safe at the Lebanon Hometown Mobil.

The bizarre chain of events began early Saturday when Trooper James MacDonald responded to a burglary alarm at Hometown Mobil around 4 a.m.

Upon arrival, it was learned the convenience store had been burglarized by an unknown person smashing the side door and gaining entry. The suspect removed the safe and attempted to run it over with their vehicle in an attempt to open it. The safe was later lodged under the vehicle and subsequently dragged onto North Rochester Road where it became dislodged and abandoned.

Witnesses reported seeing a small blue sedan with New Hampshire plates in the area attempting to run over the safe. Surveillance footage identified the vehicle as a small compact car blue in color with a lone female occupant.

Then at approximately 6:20 a.m., while police were still on scene investigating at Hometown Mobile, MacDonald observed a vehicle fitting the description turn off of Route 202 onto Hubbard Road traveling towards Berwick.

This information was relayed to Rooney who was in the area looking for the vehicle.

Rooney later located the vehicle on Hubbard Road in Berwick where he attempted to stop the vehicle. The driver led police on a high-speed pursuit on Hubbard Road, Gradar Lane, Pine Hill Road and finally Ridlon Road where Rooney executed the P.I.T maneuver ending the chase.

Gagnon was taken into custody by Rooney and Berwick Police Officer Eli Poore who assisted in the pursuit.

The grand jury indictments were handed down Wednesday and released on Thursday.