Blushing brides get to party, restaurants get to up bottom line beginning June 15 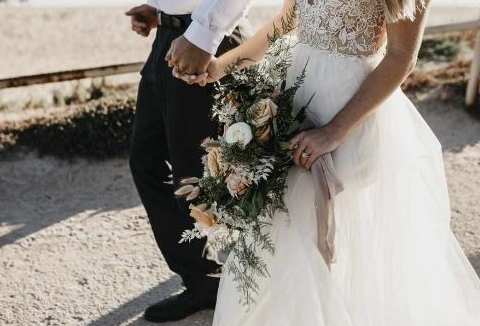 Wedding receptions, indoor dining and much more get the go-ahead. (Courtesy photo)

CONCORD - For the first time since March 27 Northern Seacoast residents can look forward to dining out a week from Monday, even if Mother Nature serves up a torrential rain.

Gov. Chris Sununu said during the Friday press conference in Concord that he and the Reopening Task Force made the decision to implement the dual guidance directive due to higher incidence of COVID-19 cases in the state's four southern counties.

"This is absolutely a good start to get the ball rolling," said Herman Ejarque, co-owner of the Governor's Inn, its Spaulding Steak and Ale restaurant and the nearby Garage. "We are already booking smaller events and we'll be booking more like birthdays and weddings now.

In response to questions from The Rochester Voice he added that social clubs like American Legions and VFWs will be allowed to open under the same guidance as restaurants with 50 percent capacity in Strafford County. He said in order for them to be open they have to serve food.

Live bands at restaurant venues are already permitted under Stay at Home 2.0, which could very well be lifted on June 15, too.

Sununu said the Stay at Home may be amended to more of an advisory, crafted to ensure the well-being of those most vulnerable to the virus.

Wedding receptions will also be allowed beginning June 15, with the same occupancy rate allowed as for restaurants.

The governor said dancing should be discouraged due to social distancing guidelines, but in that it's a lifetime event, he just begged for everyone to use common sense in light of the pandemic.

Beaches are now open for sunbathing

Batting cages, driving ranges, outdoor attractions like the Polar Caves and Lost River and petting zoos are all now allowed to open.

Community pools can open as seen fit according to local officials, but the 10 or fewer folks must still be adhered to.