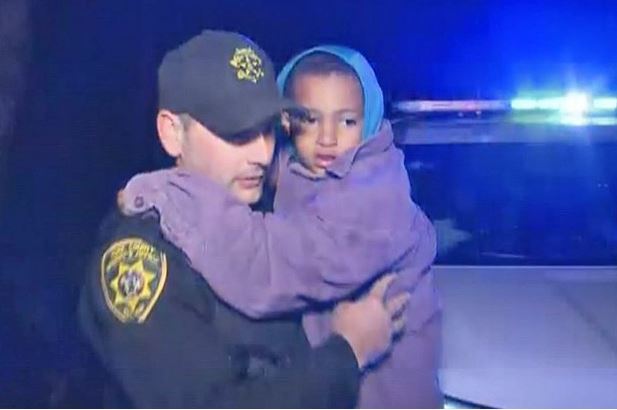 The youngster is carried by a York County Sheriff's Deputy after being found around 2 a.m.. today. (Courtesy/WCSH)

ACTON - A youngster who got lost on Sunday while hiking with his family in Acton was found early today by a search dog.

Dorothy Smail, who owns the dog, told WCSH of Portland that the boy was nervous for a moment when he thought Tala was a fox.

He was lying on the ground, but alert and OK, she said.

The search was launched Sunday night after the boy became separated from a group of relatives hiking along a trail off the Hussey Hill Road.

Grecco, who is from New Jersey, got separated from the family outing around 6:30 p.m. He was found about a half mile from where he was last seen.

Maine Warden Service officials said in a Facebook post people who suspect someone in their group is lost should call safety official in 20 minutes if they can't locate them.