Brave runs away with Democrat primary victory in Sheriff's race 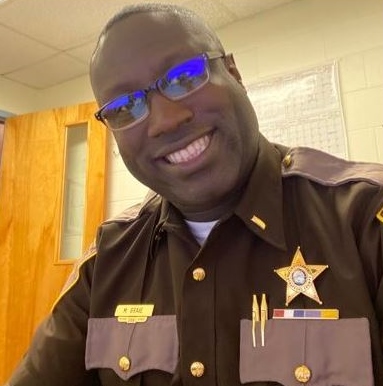 Mark Brave of Dover appears to be running away from the field in the Democrat primary for Strafford County Sheriff.

Brave, a lieutenant in the Strafford County Sheriff's Office, said today with most of the towns reporting he had a large lead over his closest competitor Major Tracy Hayes of Middleton, an SCSO major.

Others further back in the pack include Tony Macaione of Rochester and Brandon Drysdale of Durham.

Brave told The Rochester Voice today he was ecstatic to have done so well with such a strong field, and he'll probably take a few days off to relax before gearing up for the general election in November.

"I'm going to take a week off and relax, spend some time with the family, then hit the ground running," he said.

Brave, who has served with law enforcement in Massachusetts, New Hampshire and Maine, said his top priorities will be bridging the gap between law enforcement and the community, putting body cameras on civil deputies who serve warrants and recruiting men and women of diverse backgrounds.

"We have 2,000 Indonesians in Somersworth and they need a chance at the table to seek a presence in local law enforcement," he said. He also wants to train Sheriff's deputies to have training in the various cultures they serve.

While he in no way wants to replace lawmen with social workers, he would be in favor of recruiting men and women who work in social services to transition to policing, where they might be invaluable in cases where mental health or drug issues often play a role in police interactions.

Brave took hold early on Tuesday with a huge win in Dover, with more than 2,000 votes, and then held his own in the rest of the county.

Meanwhile, the Republican contest between Paul Callghan and Wayne Estes remains too close to call.