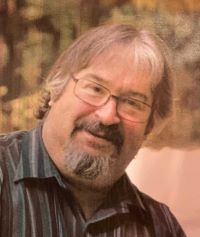 FARMINGTON - Bruce A. Whitney, 63, of Farmington, died on Thursday, Dec. 24, 2020, after a valiant battle with cancer for over a year.
Bruce was born Aug. 30, 1957, in Rochester, and was predeceased by his father Chester F. Whitney and Mother Carol (Allison) Whitney. He was the fourth oldest of seven children.
Bruce graduated from Spaulding High School. He worked for 27 years reconditioning vehicles and finished his career working 11 years at the Rochester School Department.
Bruce was married 42 years to the love of his life and cherished his children and grandkids. He loved motorcycling with his buddies, fishing, and hunting. Watching westerns was his favorite pastime.
Bruce is survived by his wife Jo A (Thompson); daughter, Jamie Delaney and husband Sean of Athol, Mass.; son, Marc, his wife Leah and grandson Lincoln of Barnstead; son, Stephen Whitney Sylvain, wife Tammy and grandsons Ryan and Tayler of Nottingham. Also, his siblings, Ruth Skids of Missouri; Joanne Hillsgrove and husband Bob of Claremont; Arnold of Oklahoma; Kathryn of Milton; Shirley Brock and husband Gary of Gonic. He was predeceased by his older sister Barbara York of Alton.