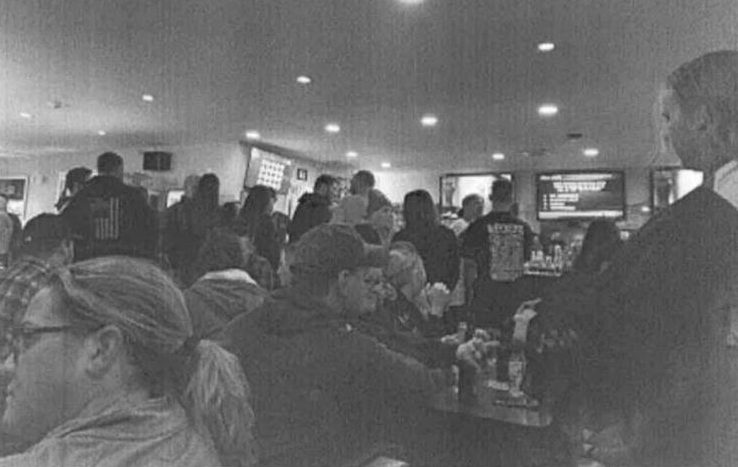 CONCORD - DHHS announced 362 new positive test results for COVID-19 on Tuesday, for a daily PCR test positivity rate of 3.9 percent, a pandemic high that is up two-tenths from Monday's rate.

The newly identified cases include 25 minors and 22 from Strafford Counties.

Local current case numbers show Rochester at 90, Dover at 58, Somersworth up to 31, Farmington at 19, Barrington at 13, Milton at eight and Strafford down to 1-5.DHHS also announced one additional death related to COVID-19, a man over 60 from Coos County.

There are currently 121 individuals hospitalized with COVID-19, the same number as Monday.

Also on Tuesday the state's Attorney Generals Office issued a $1,500 fine to a Plaistow restaurant.

The penalty was levied on Grumpy's Bar and Grill after several reports surfaced that food workers in contact with customers and patrons lined up for drinks at the bar weren't wearing masks. A letter to Grumpy's owner Richard Leclaire also noted that social distancing guidelines weren't being followed.

The letter specifies that the town's health officer contacted the owner by email four times between May and August to highlight the need to comply with Restaurant guidance regarding face masks and social distancing.

However, on Nov. 14 it notes that, "when the Plaistow Police Department visited your business ... the police officer's observations were consistent with a photograph received by the Health Office on Nov. 13 ... which shows overcrowding, standing and mingling in the bar area, no social distancing between tables and no face covering." The officer also observed that no one was wearing a face mask except the bartender, according to the letter.

The AG's office cited three other food service businesses for similar infractions a week ago.

Simply Delicious Baking Co. of Bedford, Checkmate Pizza of Manchester and What a Bagel of Weare were all fined $500 apiece.