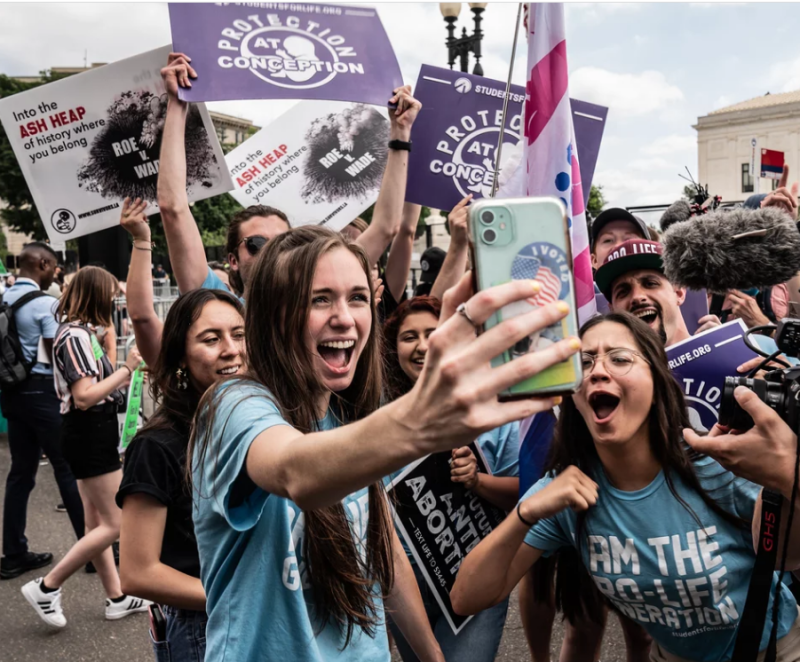 As was expected from the leaked draft of the majority opinion, Associate Justice Samuel Alito wrote that there was no mention of abortion in the text or the history of the U. S. Constitution; there was no basis for believing that it was an unenumerated right; and the framers of the Fourteenth Amendment did not intend to create a right to abortion.

Alito went on to point out that abortion was always prohibited in America by either common or positive law, and there was no state statutory provision for permissive abortion prior to the late 1960's.

The Catholic Action League called the Dobbs decision "a victory for America's constitutional order against seven usurping judges who believed---49 years ago---that they could legislate from the bench to impose a moral revolution upon the rest of the country."

'I find nothing in the language or history of the Constitution to support the Court's judgment. The Court simply fashions and announces a new constitutional right...and with scarcely any reason or authority for its action, invests that right with sufficient substance to override most existing state abortion statutes. The upshot is that the people and the legislatures of the 50 States are constitutionally disentitled...' White went on to call it 'an exercise of raw judicial power...'"

"After nearly a half century, Byron White's prophetic dissent was vindicated today."

"The seven justices who inflicted Roe on America were Harry Blackmun, Warren Burger, William Brennan, William Douglas, Thurgood Marshall, Lewis Powell and Potter Stewart. These men violated their oath, abused their office, made a mockery of the separation of powers, nullified the laws of fifty states, abandoned America's natural law tradition of inalienable rights, and arrogated to themselves the authority of the people and their elected representatives to govern."

The horrific consequence of the unwarranted pretensions of these presumptuous jurists was the most abominable crime in American history---the state sanctioned killing of nearly 64 million innocent children. The names of those seven Justices should live in infamy."

"The law is a teacher. After 49 years of legalized abortion, American public opinion has changed on this issue since the 1970's. Because of that change, sixteen states, at the very least---including the two largest---will keep abortion legal."

"Hopefully, after today, many innocent lives will be saved, but, so long as the legal personhood of the unborn child is denied, hundreds of thousands will continue to be killed each year in the United States of America."