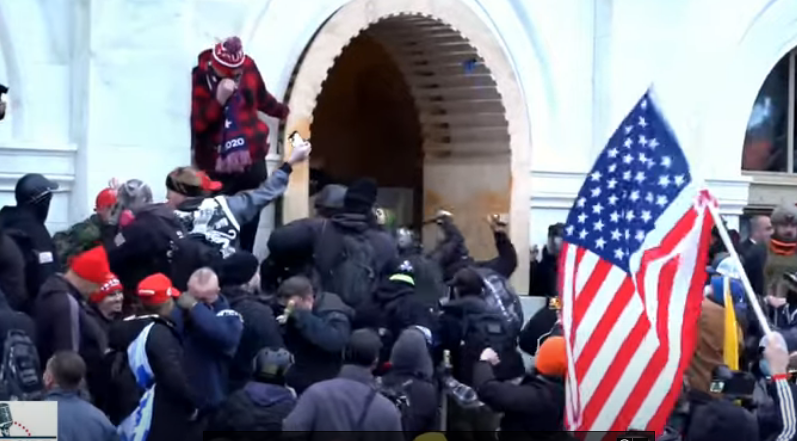 WASHINGTON - U.S. Sen. Jeanne Shaheen, D-NH, said on Twitter that she was safe as news media video showed chaos at the U.S. Capitol as a mob pushed past police, breached security and got inside the building Wednesday afternoon.

It was reported that four were killed, 52 were arrested and 14 from law enforcement injured during the protests. The Washington Post reported one person was shot inside the Capitol.

While the New Hampshire House of Representatives was in session in Durham Wednesday when the chaos was first reported, the House voted to condemn the violence.

"The violence we are seeing in Washington D.C. by an armed right-wing mob is domestic terrorism, plain and simple. Let me be clear, these terrorists feel emboldened by President Trump and anyone who is not speaking out against them. This is not how democracy works, and I am glad that the New Hampshire House could stand together to condemn this violence."

Gov. Chris Sununu said on Twitter: "What is going on at the United States Capitol Building is not Democracy, it is chaos and violence. It is un-American, and must stop immediately."

Shaheen said on Twitter: "My staff and I are safe. We are heeding the safety guidance from Capitol Police. We will not be stopped from doing our Constitutional duty."

U.S. Rep. Chris Pappas, D-NH, tweeted: "Evacuated our office and was told by Capitol police outside to get as far away from the complex as I safely could. The atmosphere outside the Capitol is highly, highly charged, and we all know exactly why. I hope to get back as soon as I can to confirm the election results."

U.S. Rep. Ann Kuster, D-NH, was in a safe location, according to her staff.

"Congresswoman Kuster was evacuated from the House chamber and is in a safe location with her colleagues following the instructions of U.S. Capitol Police," her staff tweeted.

U.S. Sen. Maggie Hassan, D-NH, also tweeted: "My staff and I are safe -- we are now sheltering in place and will continue to follow law enforcement's guidance. Thank you to the Capitol Police for working to keep us all safe."

Thousands of Trump supporters were at rallies Wednesday to claim the election was stolen from President Trump.

It was the day Congress was voting to certify the election won by President-elect Joe Biden. The process certifying Biden's presidential win was completed by Congress.