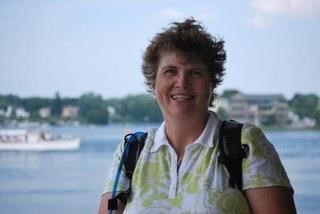 DOVER - Charlene Marie Lister, 57, died quietly on Tuesday, July 14, 2020 at Wentworth-Douglass Hospital with family by her side.
Born in Methuen, Mass. on Sept. 19, 1962, she was the daughter of C. Howard Lister, Jr. and Ethel Claire Lister. She is survived by her brother, Robert Lister and his wife Cynthia of Portsmouth, sister Donna Lamprey and her husband Steve of Hampstead, brother C. Howard Lister, III and his wife Gretchen of Grand Rapids, Minn., sister Dee Ashford and her husband George of Northwood, and sister-in-law Jadine Lister of Marengo, Ill., several nieces and nephews, grand nieces and nephews who she adored and was adored by, and aunts, uncles and cousins.
She was predeceased by her brother John Alan Lister and niece Vanessa Marie Stevens.
She grew up in Plaistow, attended the Pollard Elementary School, graduated from Timberlane Regional High School. She also graduated from Northern Essex Community College in Haverhill, Mass. with an emphasis on interpreting for the hearing impaired. She was employed at the Beverly School for the Deaf and Portsmouth High School as an interpreter and paraprofessional. She currently resided in Dover.
Charlene enjoyed working and being outdoors landscaping, fishing and hunting. She was very devoted to her faith and church most recently a member of the New Frontiers Church. She had a wide network of friends and a love of animals. She was a member of the Piscataqua Obedience Club of Kittery, Maine, volunteered with Special Olympics and other local nonprofits and was affiliated with Krempels Center of Portsmouth. She had an interest and ability in photography and quilting among other hobbies.
She cherished the friendship of Bonnie and Rob Dix and their family of Rochester.